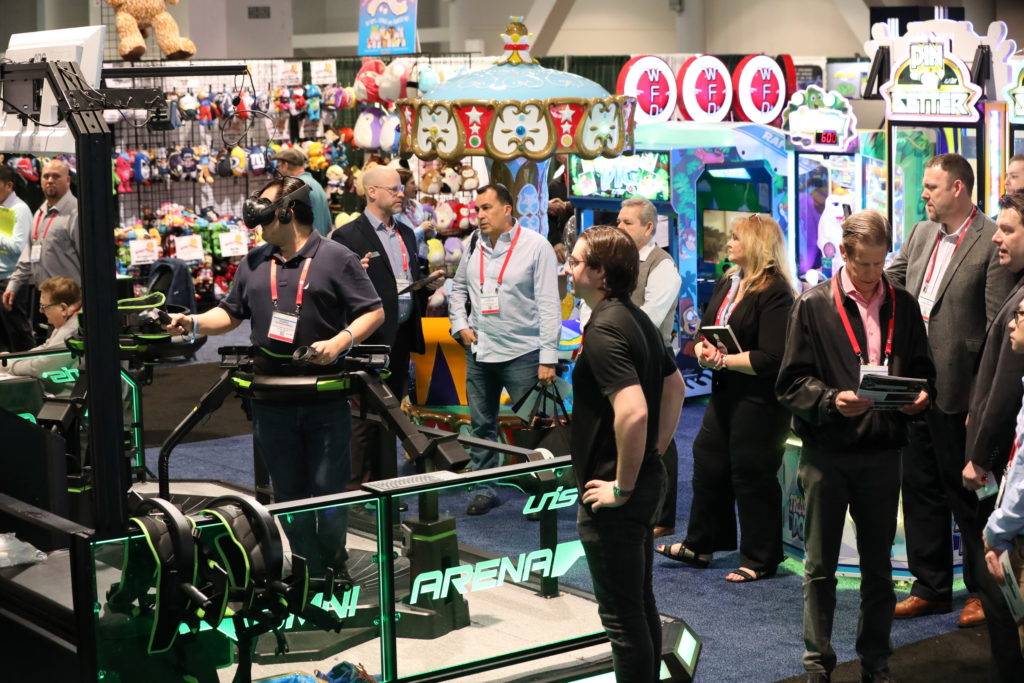 The annual industry event for coin-op and revenue generating amusement, music, and family entertainment has reaffirmed its focus on the rapidly growing virtual reality entertainment industry at the conference and trade show. Following a tremendous response to last year’s inaugural VR focus, the AEI is doubling down on VR in 2019.

Over 3,200 attendees and 1,700 buyers attended the 2018 AEI looking for information on new games and attractions for their family entertainment centres and other location-based entertainment venues. This year’s conference will once again welcome the owners, operators, manufacturers, and visionaries of virtual reality companies to experience the products and meet amusement buyers at their industry’s primary business event.

Location-based VR entertainment will double in 2018 to $1.2 billion globally and could grow to over $8 billion by 2022, according to Greenlight Insights. There are tremendous financial opportunities for amusement operators to add virtual reality to existing locations and routes, from standalone VR equipment pieces that earn, to all-in-one compact multiplayer arenas as anchor attractions that draw crowds.

“Amusement Expo International is the perfect venue for VR content developers and game manufacturers to cultivate new relationships with location operators”, noted Peter Gustafson, executive vice president, AAMA. “Last year’s inaugural VR focus was overwhelmingly positive, delivering above and beyond exhibitors’ expectations and the VR Summit was a smash success – standing room only from the first seminar to the last.”

The 2019 program will once again be curated by Bob Cooney, location-based VR guru and the man who literally wrote the book on Location-based VR, “Real Money from Virtual Reality”.

“The virtual reality market tends to be insular and most of the VR events have become echo chambers, with the same people talking to each other”, noted Bob Cooney, speaker, author, mentor (bobcooney.com). “Amusement Expo International brings two unique audiences, who need each other, together. I believe we will unlock massive value for the entire location-based entertainment market.”

AEI will be the place for traditional amusement operators to learn about opportunities and products from the VR attractions market and for VR companies to connect with a large group of influential new customers who are unlikely to attend other virtual-reality focused events. AEI is committed to providing opportunities for VR discovery and maximum booth traffic, with exhibitors distributed throughout the hall. The Amusement Expo International 2019 will also highlight VR exhibitors on the AEI digital app and in the AEI pocket directory to make it easy for buyers and sellers to connect.

“It is crystal clear, Amusement Expo International is a natural home and a great fit for the VR community”, noted Lori Schneider, executive vice president, AMOA. “VR exhibitors and attendees have the perfect format to exchange information about this emerging technology and how it will integrate into location-based entertainment businesses.  There was keen interest in the VR exhibits on the show floor last year, so it is a unique win-win opportunity for both audiences.”

Many of the 2018 VR Exhibitors have gone on to great successes and greatly expanded their sales and distribution channels since the show. Some of the VR companies who have blown up include: