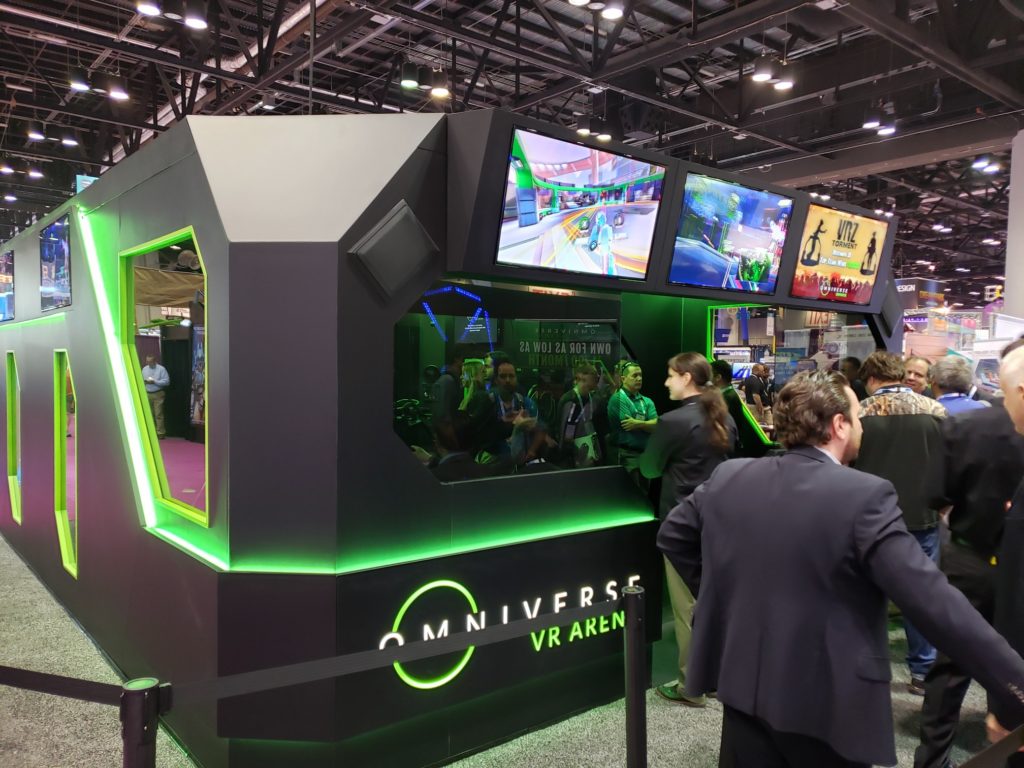 The attraction achieved a repeat play rate of 26% among guests with a player account. Pinballz charges $15 per play and operates VR ARENA with one attendant.

VR Arena is a four-player esports attraction that lets players walk and run around inside the worlds of first-person shooters and other video games. Guests can play with or against their friends, compete for top spots on leaderboards, win cash from a $50,000 pool, and earn other prizes in weekly esports contests sponsored by Virtuix, HP, and HTC. The whole experience lasts 15 to 20 minutes, and when it finishes, players can share a video of their gameplay on social media.

Virtuix published data from a survey of 33 players who attended an event at Pinballz. All stated that they would play VR Arena again, and 45% said they had come to Pinballz specifically to play VR Arena. Overall they rated the experience 92% positive. These results underscore VR Arena’s potential as a new anchor attraction for family entertainment centres (FECs) that is both affordable and compact.