UNIS Technology has partnered with Calinfer to manufacture and manage sales, and distribution of a new Atari Pong Table.

As part of the global launch, UNIS and Calinfer will be showcasing the table at a number of upcoming trade shows including IAAPA Attractions 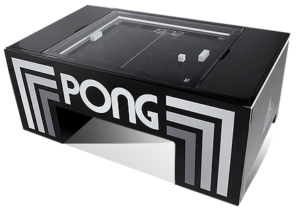 The project started was started by Calinfer in Uruguay as a tribute to the iconic game, and after creating a working prototype, the firm raised some capital, and then obtained an exclusive license from Atari.

It then reached out to the Kickstarter community  to raise new capital which enabled it to grow the team and and start mass production on the first generation of units to be delivered later this year.