UNIS reaches out with VR offering

The first ever Omni Arena 2-Player system was installed at a location in Ohio, near the city of Columbus, a bowling centre called Rule 3 – has already seen success with its game room. The firm assisted with the installation and provided the necessary staff training and the system is now operational at the location. 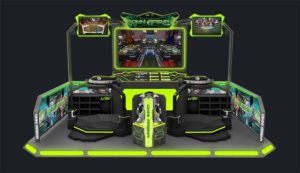 Meanwhile, a five-player installation was placed in Lima, Peru at Happyland – one of the largest amusement operators in Latin America – with accompanying installation and training.

Happyland has flown in several specialists from a variety of company’s departments for the training, in order to make sure that similar installations go smoothly around other regions of Latin America. The system will be installed in one of the top malls in Lima and will be featured in its own dedicated space.