Stern Pinball has appointed Hot Toys Japan as its exclusive importer and distributor for the country.

The firm will be adding new personnel to its team to facilitate sales of Stern Pinball machines to the commercial and consumer markets. 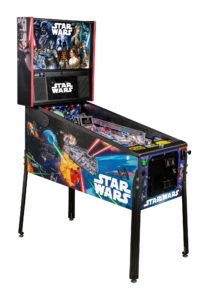 “We selected Hot Toys Japan as our exclusive importer and distributor because of their established success with related businesses, financial strength, knowledge of our industry, and passion for Stern Pinball products,” said Gary Stern, Chairman and CEO of Stern Pinball. “As the dominant world leader in pinball design and manufacturing, Stern Pinball has captured global attention for fueling the resurgence of pinball. SPI’s expansion into Japan marks a monumental distribution accomplishment.

“We have been long time Stern Pinball supporters and are very pleased to have the opportunity to represent Stern in the Japanese market,” said Franck Dubois, CEO of Hot Toys Japan.