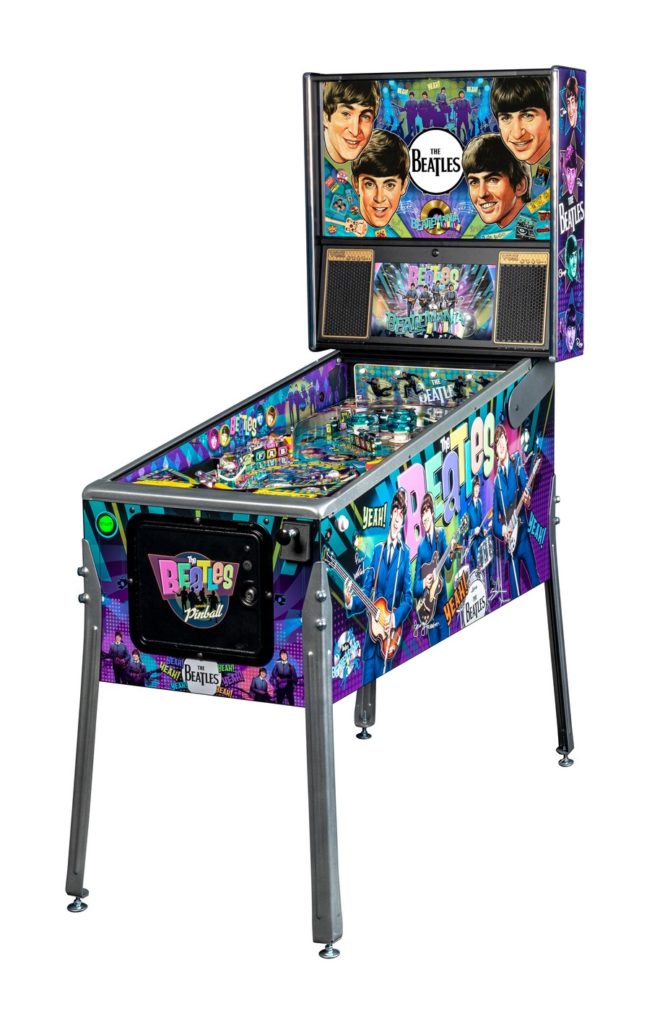 Stern Pinball, in collaboration with Ka-Pow Pinball, has recently announced the availability of the one-of-a-kind Beatles pinball machine.

Only 1964 units will be produced, in recognition of the year when the Beatles were introduced to America. The deal was brokered by Bravado Merchandising; the Beatles North American licensing agent.

The game also features iconic introductions by Ed Sullivan along with custom speech and callouts by Hall of Fame disk jockey, Cousin Brucie.

“We are very proud of this Beatles pinball machine that was produced in collaboration with our good friend, Joe Kaminkow,” said Gary Stern, chairman and CEO of Stern Pinball. “We can’t wait for players to experience Beatlemania when they play this game.”

Raw Thrills to introduce trio of new games at IAAPA 2018