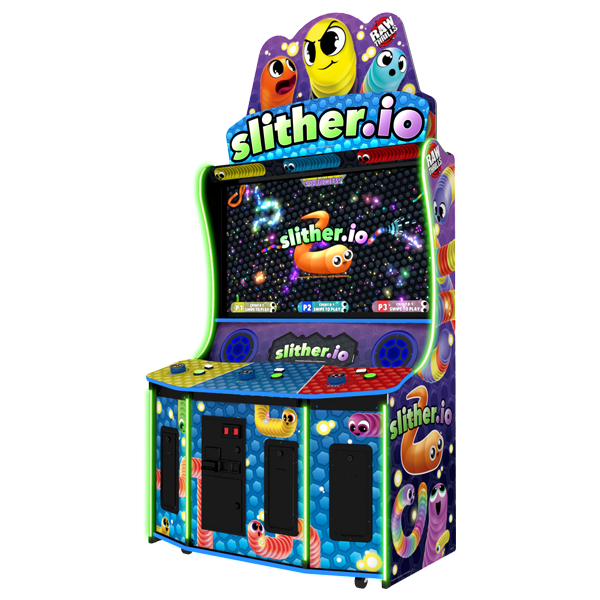 The hit title slither.io is finally set to arrive in the arcade. Created by independent Lowtech Studios. slither.io will launch with a 55” display and three player positions in a compact cabinet to maximise operator revenue and location appeal.

Achieving more than 200 million downloads to date, the family-friendly slither.io was named the Top Trending Game of 2016 by Google Play. Slither.io remains a leading free action game app on both Android and iOS. Licensed products are available for slither.io including toys that were nominated by Licensing Industry Merchandisers Association (LIMA) for top toy in 2018. New gameplay features have been, and will continue to be, introduced, keeping fan interest and loyalty high.

Apple Industries to bring a new dimension to AEI 2019