Slither.io app comes to the arcades 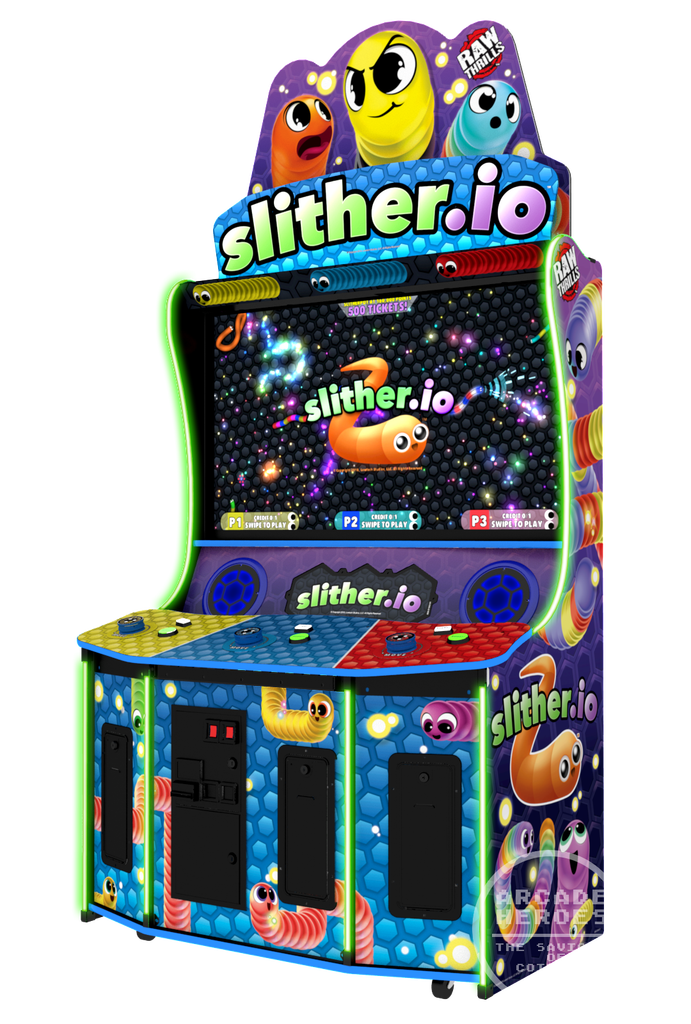 The spiritual successor to the classic “Snake” games, the Slither.io browser game and app has racked up more than 65m downloads, and is now set to hit the arcade market.

Slither.io’s cabinet is a re-design of the Teenage Mutant Ninja Turtles cabinet; a 55” screen with a small footprint, LED lighting, and knob and button controls for three players to enjoy at any one time. The playfield doesn’t scroll as the camera is zoomed out, and Betson has hinted at other features included to make Slither.io stand out from its app counterpart.

Currently, Slither.io has been seen on test at a location in Illinois, and Raw Thrills suggests that audiences have taken to the slithery snakes, with the game performing extremely well – even out-earning Ice Man.

Visitors to IAAPA 2018 in Orlando will be able to check out Slither.io for themselves at the Betson stands (515, 615, and 815), where a full roster of Raw Thrills games will also be on display.