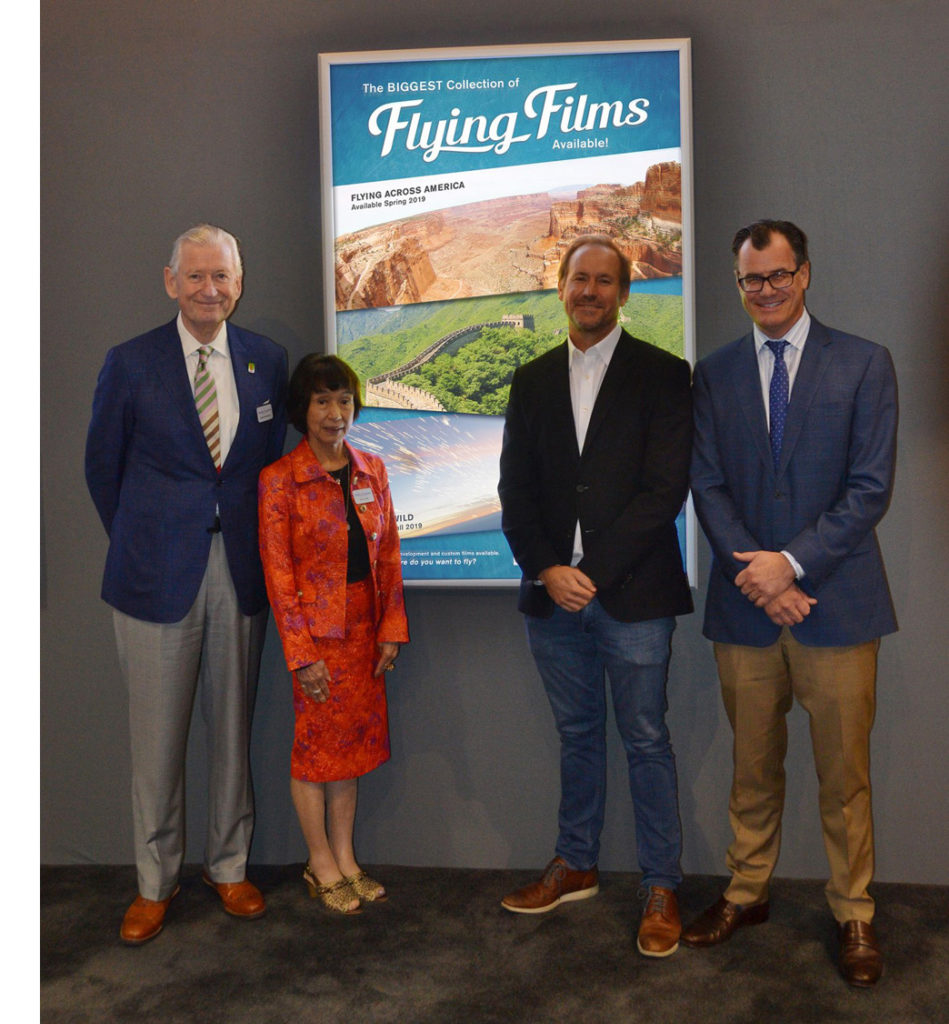 SimEx-Iwerks has announced that it will be partnering with MacGillivray Freeman Films to deliver three new exclusive flying films in 2019 for the Vertical 4D Experience, SimEx-Iwerks’ latest theatre attraction that simulates the sensation of flying.

Flying Across America will be available this spring, followed by the summer release of Flying Around The World and a fall release of Flying Wild. Each film will be exclusively distributed by SimEx-Iwerks Entertainment. SimEx-Iwerks and MacGillivray Freeman will also collaborate in producing custom Vertical 4D Experiences.

“We are storytellers,” says Shaun MacGillivray, president, MacGillivray Freeman Films. “When SimEx-Iwerks shared their new Vertical 4D Experience design, we knew we could deliver pristine aerial films that could complement the ride technology to capture the true feeling of having wings.”