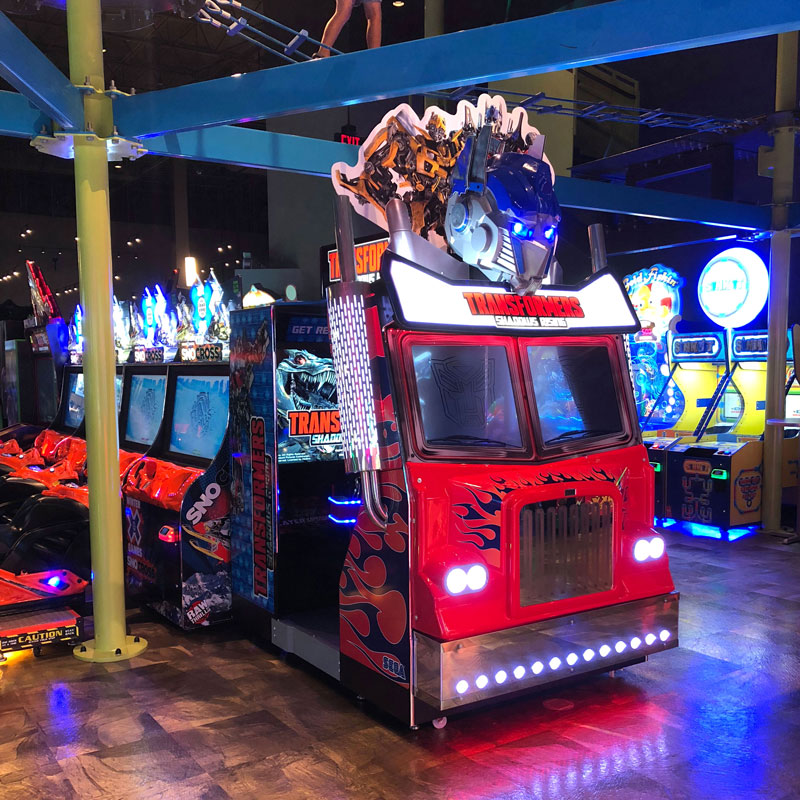 The Sega team are primed to unveil Transformers: Shadows Rising and Daytona Championship USA to the European market at this year’s European Attractions Show.

Transformers: Shadow Rising is a joint collaboration between Sega and Hasbro, featuring easy to use controllers, a digestible storyline, and fast-paced gameplay that appeals to casual and hardcore gamers alike. Transformers has a global brand equity of 4 billion dollars that attracts a huge family audience, and the game’s crisp graphics and in-game physics come to life on a 55” inch screen for satisfying “metal on metal” combat.

“Brand new Hyperenergy Tech Lever brings a new type of interaction to the game.” says Sega general manager Justin Burk, regarding the ‘Hyperenergy Tech Cubes’ that players can collect to gain special abilities. A level can then be pushed up to unleash an attack, or pulled down for a more defensive move.

“The gameplay is phenomenal, and the jaw-dropping truck shaped cabinet stands out at any FEC. Gorgeous chrome front grill, huge exhausts, lifelike Optimus Prime head with led lights for eyes gets the heads turning. Wrapped with vivid Transformers liveries, Multi-coloured LED lighting effects and dual-sided marquee makes this game hard to miss from any angle. On location, reviews have been fantastic, and income results have beat operator expectations.”

Maria Villarroya, international sales manager at Sega, says: “The global demand for Daytona Championship USA standard has skyrocketed thanks to a price point that makes this game an excellent return on investment.” Revolutionary new instant re-match puts players right back in the race, encouraging repeat play, the all-new Tournament Mode attracts simplifies setting up tournaments for the operator, and the ‘Sega-IQ Intelligent Service Menus’ feature offers prompts and troubleshooting advice to an onsite technician.

All the racing unfolds on a 42” high definition 60 frames-per-second screen, with an optional 4-speed gear shifter, six tracks, new cars and game modes that make the game easy to pick up, but hard to master. 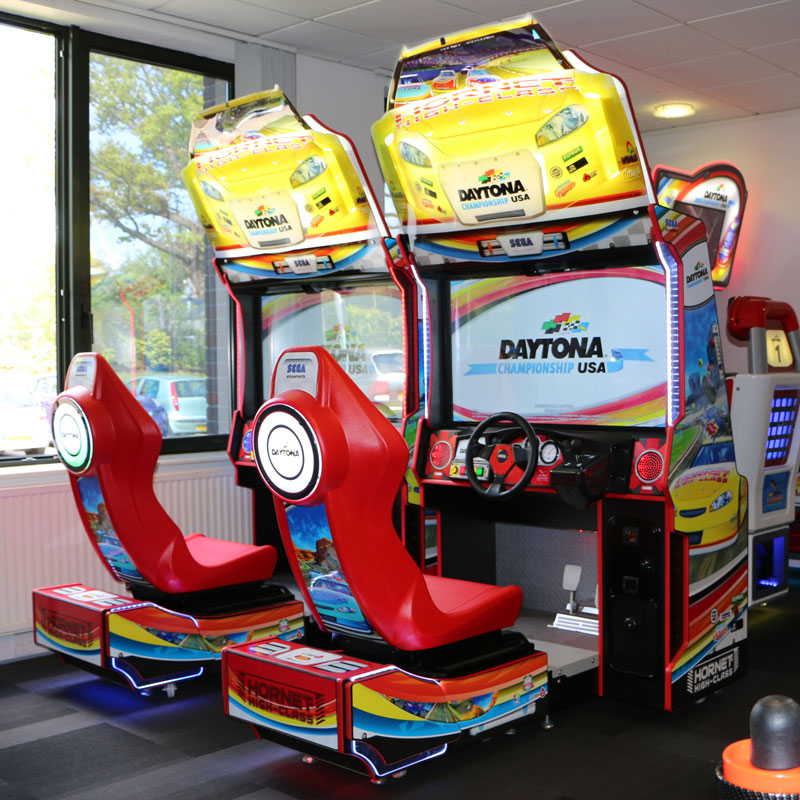