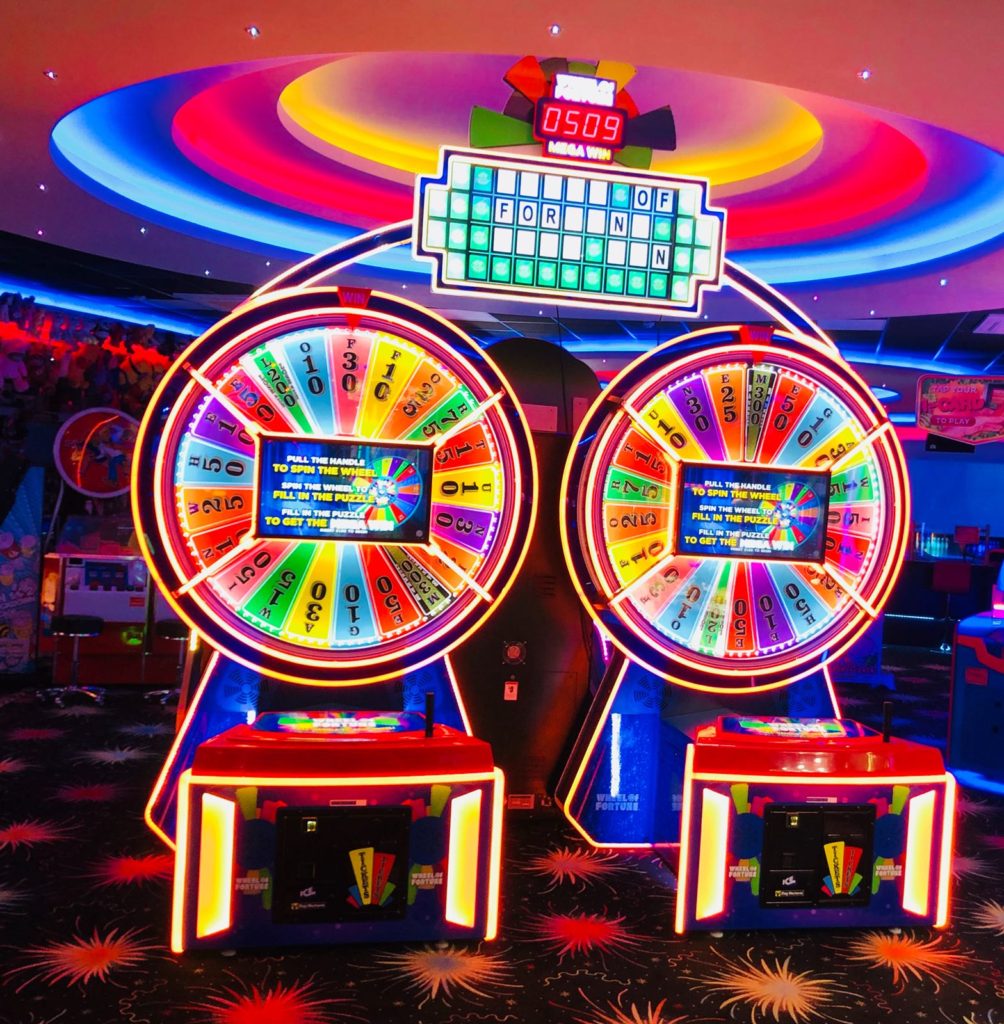 This year’s EAG saw Sega Amusements International launch ICE’s Wheel of Fortune, followed by a quick roll out across the UK and Europe. Now, Sega has partnered with Fantasy Island, based in Skegness, to announce Europe’s first two player set up with Mega Deluxe Marquee.

“Wheel of Fortune has gotten off to a great start,” said Sega’s Justin Burke. “it was only a matter of time before someone went for the big display of two games side by side with the mega marquee! The venue at Fantasy Island is the perfect spot for it.”

Edward Mellors, Director at Fantasy Island commented: “We are so proud to have the first 2 player Wheel of Fortune in Europe, it looks absolutely stunning. It’s a real attraction in its own right on the resort”.

The Wheel of Fortune title brings a ‘real-life game show feel to the arcade’ according to redemption manufacturer ICE. With one pull of the lever, the game starts and the wheel spins – each spin adds a letter to the puzzle and redeems the player with tickets. Once “WHEEL OF FORTUNE MEGA WIN” is spelt out completely, the player can scoop the bonus ticket reward. Wheel of Fortune also feature an interactive game show host and voice-over prompts, and now, two players can battle it out side by side to be the first to collect all the letters.

Burke concluded that “there are two marquee options for two player Wheel of Fortune, aside from this side-by-side Mega Marquee there is also the Spinning Marquee, one of which will be revealed very soon at another popular destination”.