Round One heads East with new opening

Round One USA, the American arm of Japanese-based bowling and video arcade specialist, is opening its first location in New York State in the Broadway Mall in Hicksville.

The firm operates six locations in California, two in Texas and one in Colorado, Georgia, Illinois, Massachusetts, Pennsylvania, and the state of Washington.

The company Launched in 1980 and has grown to 113 locations and $890 million in revenue, employing more than 1,800 workers and serving more than 25 million customers annually. 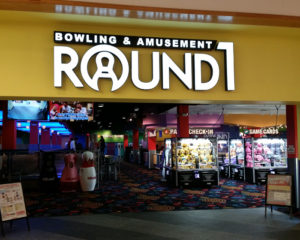 The firm set up Round1 USA in 2003 and in 2009 created Round One USA Entertainment, opening its first US location in California in August of 2010.

FEATURE: Take it outside