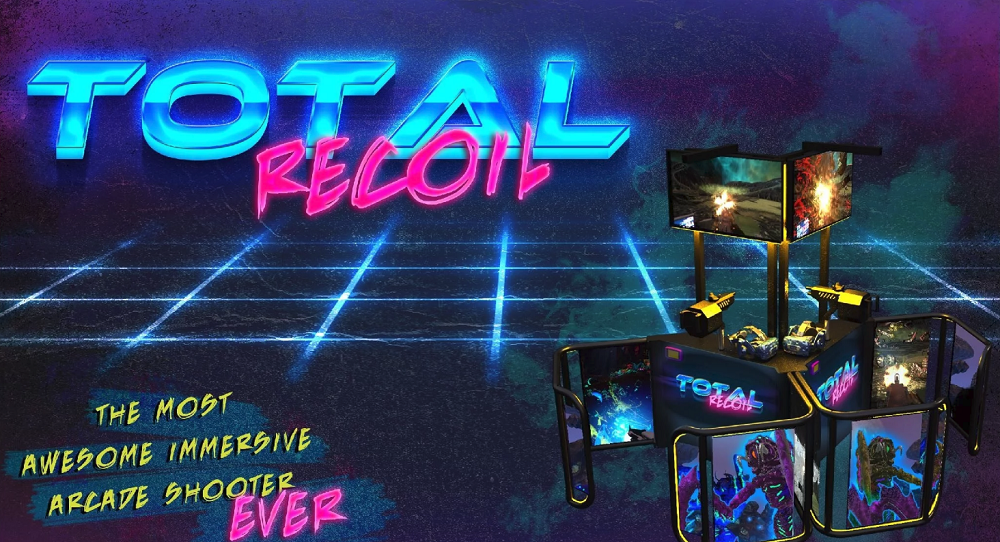 The gameplay is a wave-based shooter, where the players mow down hordes of space bugs with a heavy mass, high recoil, turret-mounted weapon. This simple, attendant-free VR experience is a thrilling, competitive alien encounter that is fun for players of any age or skill level.

Total Recoil sprang up from a very unlikely place; Raydon is a small company that has made a name for itself in military simulation training. “Train as you fight” is the mantra the military uses when assessing training applications, and Raydon has been able to create virtual reality training experiences attached to functionally accurate simulated vehicles and weapons, with exercises that track individual and team performance against published combat doctrine.

For most of the last 20 years, VR technology was still in its infancy and Raydon stayed ahead of the curve by designing modular hardware frameworks that maximized the use of commercial components, and a standard software baseline that allowed systems to be interconnected. Being able to train an individual soldier or an entire company on the same system was groundbreaking stuff.

Total Recoil grew out of a highly effective gunnery trainer, developed by Raydon to teach US Army warfighters how to operate .50 caliber machine guns. Software developer Tony Jones and the Raydon team adapted the Unstabilized Gunnery Trainer (UGT) for the higher resolution graphics and upgraded headset needed for an exciting arcade experience.