Merlin Entertainment is pushing through plans to build a second Legoland Discovery Centre at the Barclaycard Arena in Birmingham. 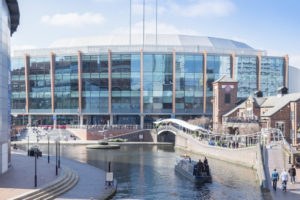 Despite minor objections from local residents regarding a potential increase in noise levels, the planning process is expected to be approved tomorrow.

About 140 basement level parking spaces will be removed to accommodate the centre and it will be similar to the popular Greater Manchester attraction at the Trafford Centre which is currently undergoing a £1m revamp.

It will be over three floors to the south side of the landmark arena and will contain a mix of indoor rides, interactive Lego-themed attractions and games, a 4D cinema, a café and a shop. It will be a two-hour attraction open from 10am to 6pm daily and is expected to receive up to 2,560 visitors on its busiest days.

Around 40 to 50 staff will be employed – about a quarter part-time – as well as some extra staff at peak times of the year such as school holidays.

It would represent a major boost both to Birmingham city centre and, in particular, Westside which is seen as a key regeneration area. It will also take up existing retail space which was developed as part of Barclaycard’s sponsorship deal with the National Indoor Arena but has never been used.

A report by planning officer Victoria Chadaway said: “This proposal would reinforce and promote Birmingham’s role as a centre for tourism, culture and events.”