Picsolve has appointed David Hockley as chief executive officer, following an interim period in charge of the company.

Hockley was instrumental in the company’s acquisition of US market leader Freeze Frame in September 2017. He will now focus on driving Picsolve’s top-line growth, creating new business and “increasing operational efficiency”. 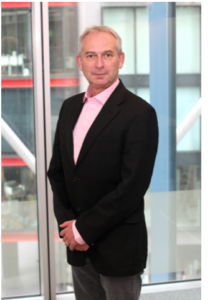 He joined the Picsolve team in 2016 as chief financial officer, having previously worked with both international businesses and start-ups, holding positions as the CFO of Channel 5 and consulting for US companies including publisher Hearst Magazines and media company Scripps Interactive Networks – the parent company of lifestyle channels including the Food Network.

Colin Tenwick, Chairman, Picsolve commented: “I’m delighted to welcome David in his new role as CEO. In his time at the company so far he has truly excelled, playing a critical role in our acquisition strategy and leading us into a period of momentous growth across our target regions. David’s huge breadth of experience will be invaluable in taking Picsolve to the next level, and I’m very excited to see what the future will bring with him at the helm.”