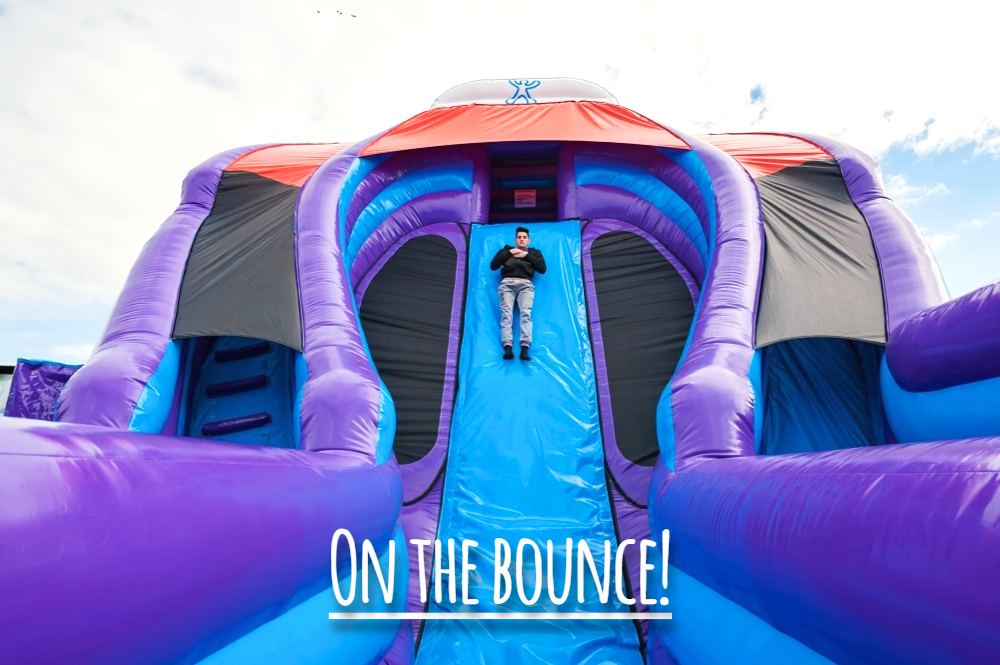 In the 15 years since Mark, Phil, and Kerry joined forces to become company leaders, Airquee has gone from strength to strength, expanding into Europe with an ever-growing range of bespoke inflatables, bouncy castles, inflatable buildings, pool obstacles and so much more. What originally started as a small side-line business has become an international success, and Airquee are planning to reach even higher.

Airquee as we know it – Europe’s biggest manufacturer of inflatables – began as a piece of another business.  Originally all of the manufacturing was done in Bristol however in 2007, a time when other manufacturers of inflatables were struggling to cope with the increasing demand, rising costs and inconsistent staffing Mark secured a factory in Romania, meaning that the Airquee team could ensure all standards were met during the design and manufacturing process as well as guarantee faster delivery times at cheaper prices – all in an in-house European factory.

“100% of our products are manufactured in Romania,” says Mark John, who tells Park World that the factory allows for complete control of each stage of manufacturing and production.

Now, Airquee has relocated to Cwmbran, Wales, continuing with its mission to design and deliver inflatables tailored to the needs of the leisure market.

“We design, manufacture, build, install and maintain inflatable theme parks and leisure inflatables all over the world,” says Mark, and with over 20 designers and 250 staff members in total, Airquee has made a name for itself delivering bespoke inflatables at a rapid rate. 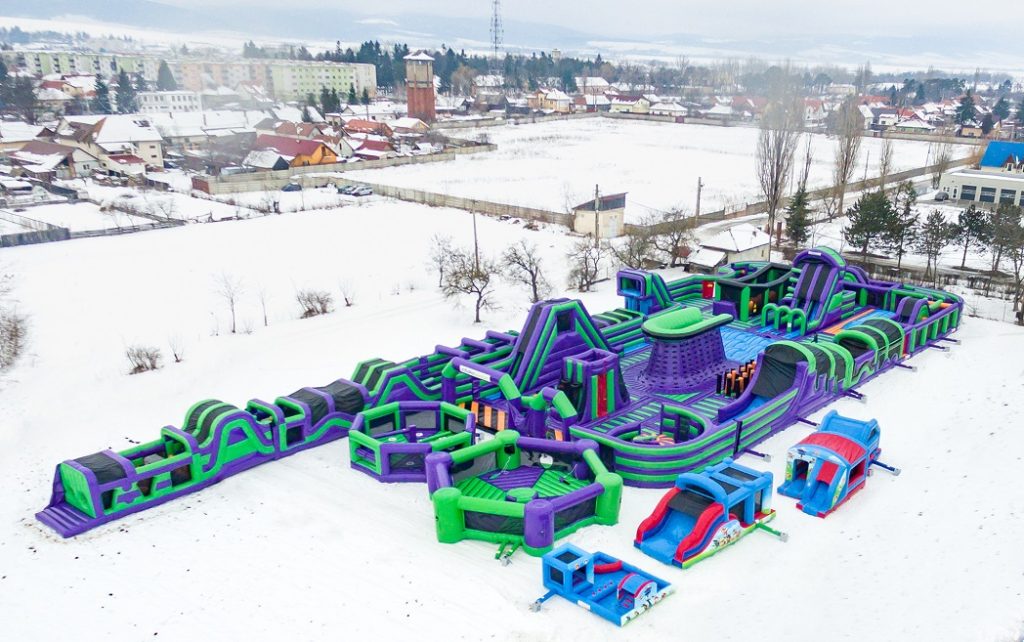 Inflatable attractions are seeing a booming increase in popularity during 2018, something Mark comments is down to the family-friendly draw. “The inflatables are so colourful, original, adaptable and fun,” he says, “and also incredibly safe and versatile.” Airquee inflatables claim 100% softness and bounciness, meaning that whilst safety is paramount, accidents are uncommon.

Airquee’s line of inflatables are also completely scalable – making for a tailored experience down to the last detail; size, shape, colour, and theming are all taken into account, and can be adapted further to suit particular visitor demographics or promotional events. Inflatable obstacle courses can incorporate tougher or easier activities, and colour palettes and theming to suit little ones, teenagers or adults.

Airquee’s biggest installation to date is at Newcastle’s Inflata Space – the UK’s largest inflatable theme park. Now, what was once an unused warehouse is a colourful activity centre for kids and adults alike, boasting slides, assault courses, battle beams and more. Creating the obstacles for Inflata Space proved challenging, Mark reveals, as the inflatables needed to be installed on both levels of the building. 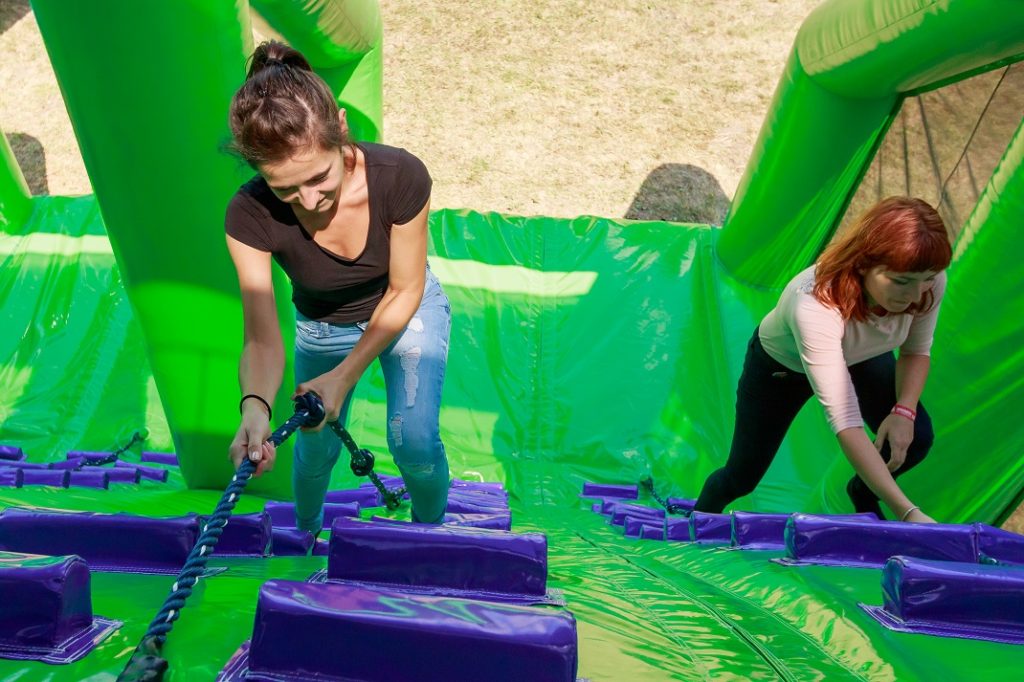 Now, with an established foothold in the UK, Airquee is looking overseas. The company already attend the EAS and IAPPA trade shows, but Mark explains that it’s only the beginning of a bigger plan. “We want to attend other shows and continually innovate,” he explains, and Airquee already have plans to incorporate mechanical and metal parts into their products.

Regardless of how far afield Airquee looks to launch its bespoke brand of fun and functionality, providing the customer service and post sales back up that all consumers expect and deserve remains a priority. The company spirit remains the same today as it was in 2007: a capacity to understand the needs of a growing market and offer diversified, dependable products. 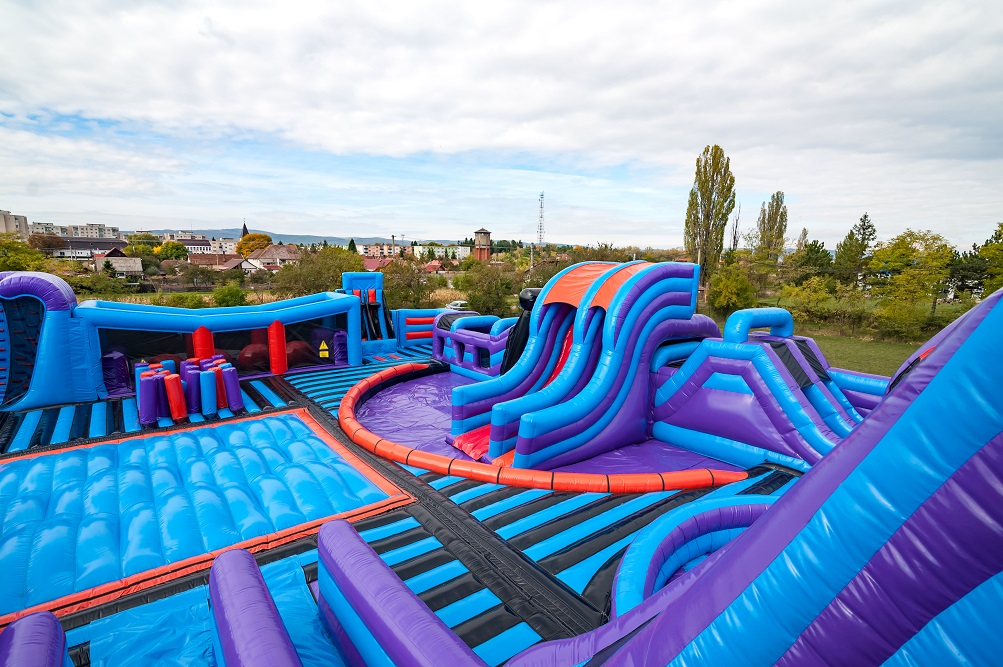 Holmside Park bring new family-friendly days out to the northeast