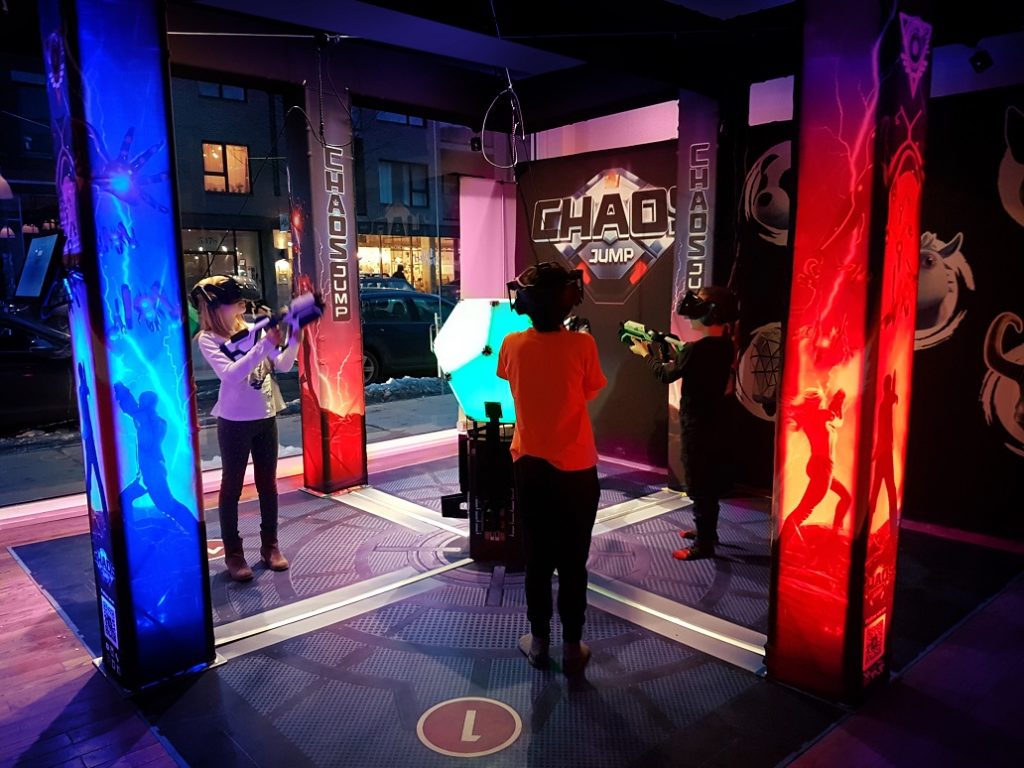 The game is set in a dystopian future wherein players shoot it out for domination in battle arena maps across cities they are fighting to reclaim. Reclaim!, Minority Media’s first VR eSports title, is now available exclusively via the company’s 4-player Chaos Jump systems worldwide.

Reclaim! Players teleport from platform to platform in a virtual urban sci-fi environment, chasing, dodging, and shooting at each other (and throwing grenades) using their VR controllers while moving around the compact physical space. To travel from point to point, players simply aim at a floating platform, press the teleport button, a bridge is built between the platforms, and they are transported. As the skill levels increase, the teleportation becomes more complex, with players teleporting across, up, and down, all around the map to gain advantage or avoid defeat.

“Reclaim! is the next evolution of laser tag in VR, combined with the addictive, competitive social play of blockbuster multiplayer games like Fortnite and Overwatch”, noted Michael Zaidan, VP of Business Development and Global Sales for Minority Media. “Reclaim! is designed for replay with numerous features purpose-built to appeal to gamers of all skill levels. We expect them to play, tell their friends, and then bring them back to play together again and again.”

Reclaim! is physically active, socially engaging, competitive VR fun that will amaze new users and tactical experts alike, while providing the best benefits of eSports by entertaining spectators and drawing attention – and new players – to the arena.

In Reclaim!, the gameplay is such that new players can easily jump in while they learn, and it is deep enough to offer advanced features and exciting, challenging options for even the most competitive gamers.

Unlike many other technology-led VR providers promoting products to the location-based amusement industry, Minority Media’s team consists of many of Canada’s best video game makers with experience building some of the world’s leading game franchises, including FIFA, Batman, Splinter Cell, Rainbow 6, Grand Theft Auto, Deus Ex, Assassin’s Creed, and many others. 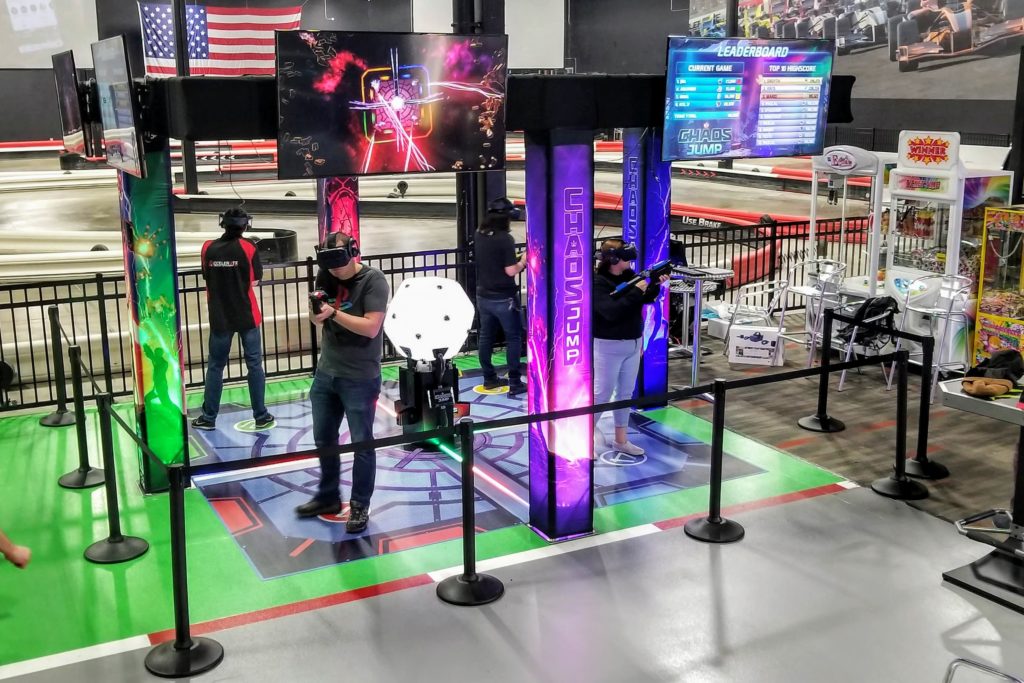 Reclaim! players can customise their experience by selecting from 3 different player classes to choose one that best suits their personality and play style. Cautious beginners can choose the “Tank” class, a slow but powerful heavy-duty fighter, intermediate players may opt for the balanced “Warrior” fighters, and the “Ninja” class, which are light, superfast fighters, are perfect for advanced players.

Reclaim! initially offers three randomised virtual maps, to deliver a variety of play, attracting repeat play from casual first-timers and competitive gamers. Beginner maps are experienced as roughly the size of a New York City block, while the expert ones are virtually the size of a football field.

Minority Media expects to expand Reclaim! to a total of a dozen maps by the end of 2018 so that the game is always fresh no matter how many times it is played.

As Reclaim! players move through the game they are rewarded with the ability to play more tactically, teleporting and shooting over longer distances, as well as hiding to better attack their opponents. The more enemies they destroy, the more points the players rack up as they rocket up the leader board.

Players can find crucial power ups designed to level the playing field or continue their domination with enhancements to their speed and health. Advanced weapons will also appear for a limited time, giving the players a temporary edge in attack.

The current Reclaim! game is a 4-player free-for-all. In future iterations, operators will have access to easy-to-run tournaments they can utilise to drive repeat play through ongoing, multiplayer competitions and a “capture the flag” mode in which players teleport to grab the flag and attempt to carry it back to their base without being destroyed. Two player teams will be able to play against each other in a duo mode and by the end of the year, 4-on-4 Reclaim! team competitions will be available for locations with two Chaos Jump rigs.

Reclaim! is the newest title designed for Minority Media’s Chaos Jump platform, a 4-player VR attraction designed for the location-based entertainment (LBE). Reclaim! is for players aged 10 years and older and it joins the company’s first VR game and other family-friendly title, Chaos Jump, which is suitable for 6 years and older. At just 12’ X 12’ (144 ft²13.38m²), Chaos Jump is half the size of comparable VR systems and therefore delivers amazingly fast ROI in the industry’s smallest footprint.