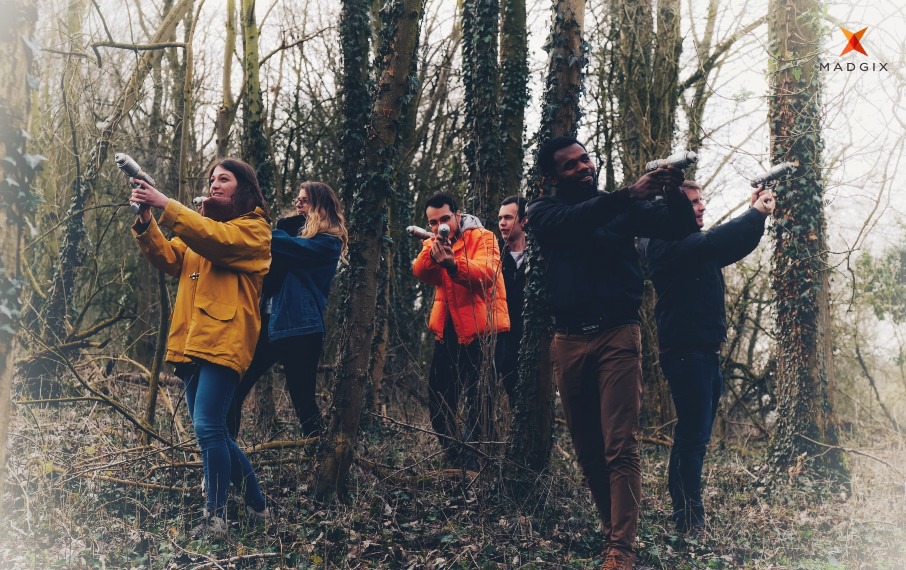 Developed in collaboration with Alterface, Madgix has announced the worldwide launch of its new interactive Madgix ScreenPLAY Kit.

Designed to transform existing non-interactive screens and spaces into vibrant play and gaming arenas, the hardware is compact and easy to implement. The Madgix ScreenPLAY Kit introduces a new level of interaction to cinemas and attraction venues. It will be firstly shown at the yearly South by SouthWest (SXWX) Festival, which gathers all creative professionals in film, music and interactivity from 8th to 17th March in Austin, Texas. The Madgix ScreenPLAY Kit will also be demonstrated at CinemaCon in Las Vegas (1st to 4th April) and at CAE (1st to 4th April) in Bejing, China.

Madgix introduces a solution to the market that is easy to install and plug into existing hard and software of projection systems and motion seat providers. The interactive Madgix ScreenPLAY Kit contains key elements for smooth integration and operation, accommodating a large number of shooting players simultaneously. Without modifying the screen or wiring it up, interactivity experiences can be offered to large audiences at any venue of choice through a smart camera-based detection system.

Thibaut De Lestré, Managing Director of MADGIX explains: “For the first time a multi-user interaction kit is available as an open architecture. The Madgix ScreenPLAY Kit contains parallel independent hardware for playback and shooting detection, designed for seamless integration within existing 4D theatres and cinemas. We offer a flexible licensing system that packages the game license together with the wireless interactive devices, allowing for a broader variety in games and theming. We are very excited about the great potential this new solution offers to the various markets.”

The limited amount and the simplicity of the components inside the interactive device makes it the best solution in term of design possibilities, costs, reliability and sturdiness. The technological and high value components required for the detection and tracking are not located in the interactive devices but outside the reach of the guests, close to the projectors.

In addition to its performance, the shooting system is also the most versatile solution currently available. The laser impacts can be detected on any type of surface: projection screen, front and rear, scenery, LED screens, fog screens, physical props, basically any surface that can be seen by a camera with no restriction on motion and location of the players.

“We are thrilled to launch the Madgix ScreenPLAY Kit as it opens such a world of new opportunities for cinema and attraction venue owners. Content, format and gameplay can be adjusted to fit their infrastructure and audiences. It’s fun and engaging, representing the ultimate preshow tool to get the audience attention. Proven installations demonstrate a high throughput with short shows packed with excitement. As interactivity raises emotion levels, it is also ideally suited for brand activation and commercial messages. The future lies in interactive non-linear storytelling-based games and movies, so the Madgix ScreenPLAY Kit is the perfect solution to bring interactivity to everyone, everywhere.” concludes Benoit Cornet, Founding President of Madgix.

The implementation of accessible large audience gamification projects is facilitated by Madgix and its distribution and hardware manufacturing partners.