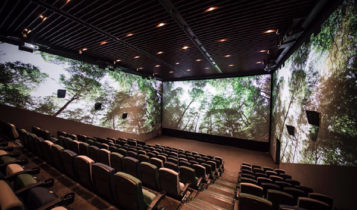 Reel Cinemas, part of Emaar Entertainment, has announced the launch of the UAE’s first ScreenX cinema at The Dubai Mall.

ScreenX was created in 2012 by South Korean conglomerate CJ group as one of the “next cinema formats”, alongside 4DX multisensory cinema technology that utilises motion and environmental effects. It is the world’s first multi-projection system used within a theatre, using a proprietary system that expands images of feature films and pre-show advertising to create an immersive, panoramic, 270-degree format that projects onto three theatre walls.

Currently, ScreenX has been installed in 142 screens around the world.