LAI Games to showcase with ASI at DEAL 2016 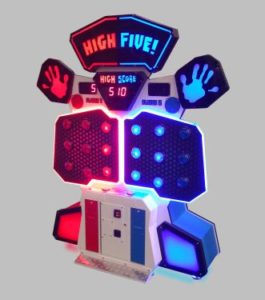 LAI Games, a leading manufacturer of both coin and card operated games, will showcase some of its biggest hits at the Dubai Entertainment Amusement and Leisure (DEAL) Show 2016. The show is scheduled to be held between the 19th and 21st of April 2016, at Dubai World Trade Center. The games showcased are: the AMOA Innovator Award winner Snapshot 2 photo booth, High Five, Shooting Mania, and the hit prize merchandiser, Color Match Club.

The Snapshot 2 photo booths give players plenty to enjoy with an intuitive, touch-screen user interface, fresh content, and a host of photo-decorating features and filters. Via the Snapshot Companion mobile app, players can transfer photos between the booth and their personal mobile devices. Besides sharing photos on an unlimited number of social networks and applications, players can also import and print existing photos from their mobile phones.

High Five is the child friendly version of LAI Games’ popular redemption arcade game, Speed of Light, and promises the same exhilarating gameplay. Shooting Mania is the ultimate carnival-themed shooting gallery that appeals to the whole family. Color Match Club condenses the engaging color-matching game play of our Color Match prize vendor in a smaller, glowing cabinet which fits well in smaller locations and route operations.
LAI Games invites you to visit the ASI booth at DEAL 2016 (Booth C23) to see the games in action

EMBED to showcase the award-winning smartTouch reader at DEAL 2016