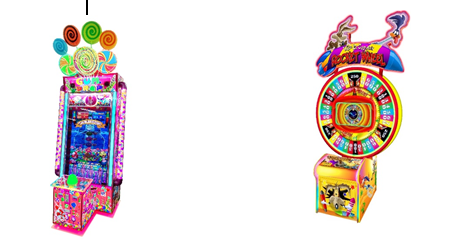 Following the success of Gum Drop during 2018, Dubai-based Warehouse of Games has announced it will add the latest release from the J.E.T. stable: Wiley Coyote’s Rocket Wheel .

Justin Jennison, co-founder of JET stated: “The moment the team from W.O.G. saw the game in the early stages of development they professed a fervent belief in the project that remains today, the strong performance of Gum Drop in the region, made the decision to continue into the 2019 season with the latest game, with the same team, the logical decision.”

Players push down on the plunger mechanism which in turn rotates the large wheel, and the name of the game is to spin the wheel and win as many tickets as possible. A unique bonus feature allows for an explosion of tickets if the player can correctly match all “Road Runner symbols” on the wheel. All wins are mirrored on the central video monitor which continuously plays clips from the popular television show.