By RDungan Last updated Dec 13, 2017 1,101
Debit card specialist Intercard, has completed the following installations at Future Kid in Kuwait and Monkey Joe’s in Illinois recently.
The firm now powers 16 Future Kid Entertainment locations in Kuwait. The company is one of Kuwait’s most successful leisure and entertainment groups and has over two million visitors annually.
It opened Kuwait’s first entertainment and leisure facility in 1990. Several of its facilities are now iconic landmarks including Aqua Park, Kuwait’s first and largest water park.
“Future Kid installed its first Intercard system in 2007,” said Alberto Borrero, Intercard’s senior vice-president of international sales, “and all of its locations use Intercard’s readers, kiosks and redemption control products.” 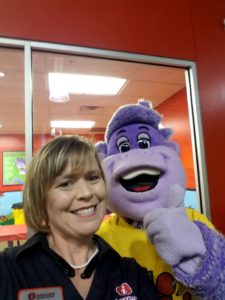 In addition, Intercard has installed a system for the Peoria, Illinois location of Monkey Joe’s, the growing national chain of children’s party and inflatable play centers. Each Monkey Joe’s is filled with indoor inflatables, jumps, slides and obstacle courses. The Peoria center also features a new arcade by Betson and a Fun Express redemption center.
Brandon Ponder of Intercard handled the installation, which included 36 iReader II Eclipse readers, 1 iTeller and 2 POS stations with iCashier and the iRedemption management system.
Joseph Geiger, a franchise business manager for Monkey Joe’s corporate, was onsite during the install.
“Joseph was impressed by the ease of use of the Intercard system and level of training compared to other systems that he had experience with in the past,” said Amber Collier of Intercard North America sales.
Future KidsIntercardMonkey Joe's
1,101
Share FacebookLinkedinTwitterGoogle+WhatsAppPinterestEmailTumblr