A new live-action VR experience has been unveiled by Immotion Group – Swimming with Humpbacks. This world-first experience provides a rare glimpse and insight into one of the most mysterious creatures on the planet, the giant Humpback whale.

Building on Immotion’s VR aquatic expertise, the experience is the first instalment in Immotion’s Blue Ocean Aquarium series. To create it, the Company joined forces with Jeff Hester, a leading free-diving cinematographer. He successfully filmed a pod of humpback whales in live action VR in the Kingdom of Tonga on migration from Antarctica during the mating season.

Virtually every move the whales made has been captured. Viewers can witness incredible scenes including a female giving birth and bonding with her calf, young whales playing, and a frenetic heat run. During the heat run, males vie for the attention of the female whale and chase her in an ocean sprint that can go on for hours.

As well as Immotion VR Cinematic motion pods, consumers will soon be able to enjoy this fantastic experience in the comfort of their home through SonyVR, as well as through mobile downloads on IOS and Android. 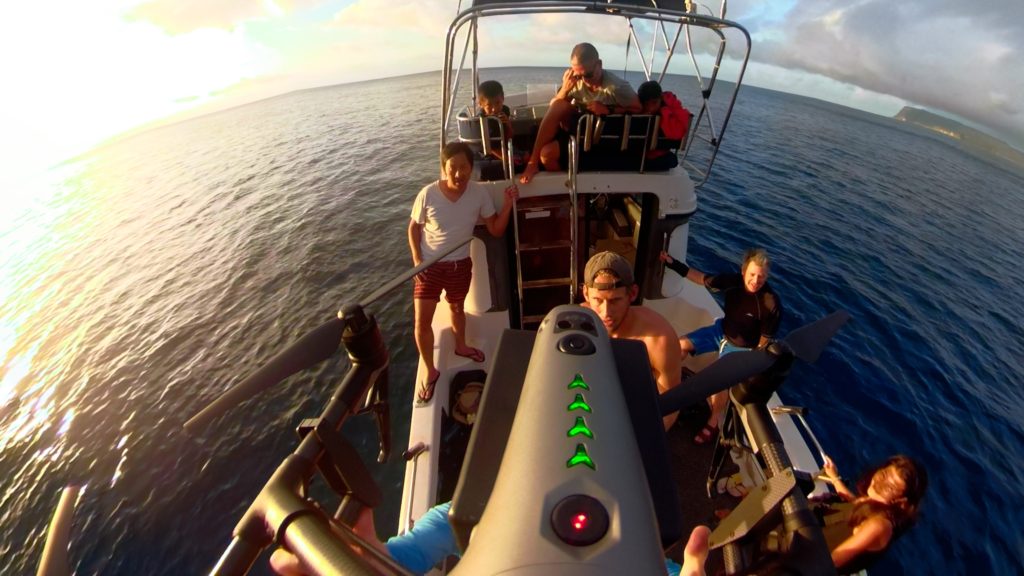 Martin Higginson, CEO of Immotion Group, said:  “At Immotion, we are always looking to push the boundaries of VR. What we’ve managed to capture is truly breath-taking. The film provides an incredible insight into these elusive creatures. The experience makes full use of the visual, sound and motion capabilities of our VR Cinematic motion pods to deliver our customers something ground-breaking and memorable. We are excited about future instalments of our Blue Ocean Aquarium series, and demonstrating the power of VR to engage and thrill audiences.”

Ian Liddell, Immotion’s Group Creative Director, said: “This film is a first for VR. People can experience something they may have only dreamed about until now. Thanks to this piece of immersive filming, it’s possible for them to get up close with humpback whales.

“This is a truly remarkable achievement to get so near to such a magnificent and endangered species. One of the great challenges was that our cinematographer, Jeff Hester, couldn’t scuba dive around the whales as the bubbles it generated would have disturbed them. He had to hold his breath for up to four minutes at a time while keeping up with the whales. Each whale can weigh 40 tonnes and move at speeds of 15mph.

“At certain points, our camera is just three inches away from the whales’ pectoral fins. From seeing them show dominance by rolling over and flapping their fins, a mother bonding with her calf, to the young whales gaining their independence – we’ve captured it all.”

ParadropVR to open at Alshaya International’s Tekzone in Saudi Arabia