Among this week’s news stories are plans for a new Legoland Discovery centre; South American expansion for UNIS; details of BALPPA’s upcoming spring FEC gathering and a new international venture for Kristallturm.

Merlin Entertainment is pushing through plans to build a second Legoland Discovery Centre at the Barclaycard Arena in Birmingham.

German high ropes specialist KristallTurm is continuing its international expansion, having just completed its first African venue, a new venture in Japan is now under construction.

Sound Leisure, has confirmed that it has acquired the 50 per cent of the shares previously held by the family of co-founder Eddie Moss, giving it a 100 per cent shareholding of the company. 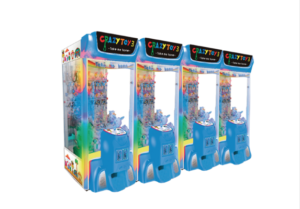 JNC has a new crane machine available –  the latest in its Crazy Toy series – which it recently showcased at EAG in London.