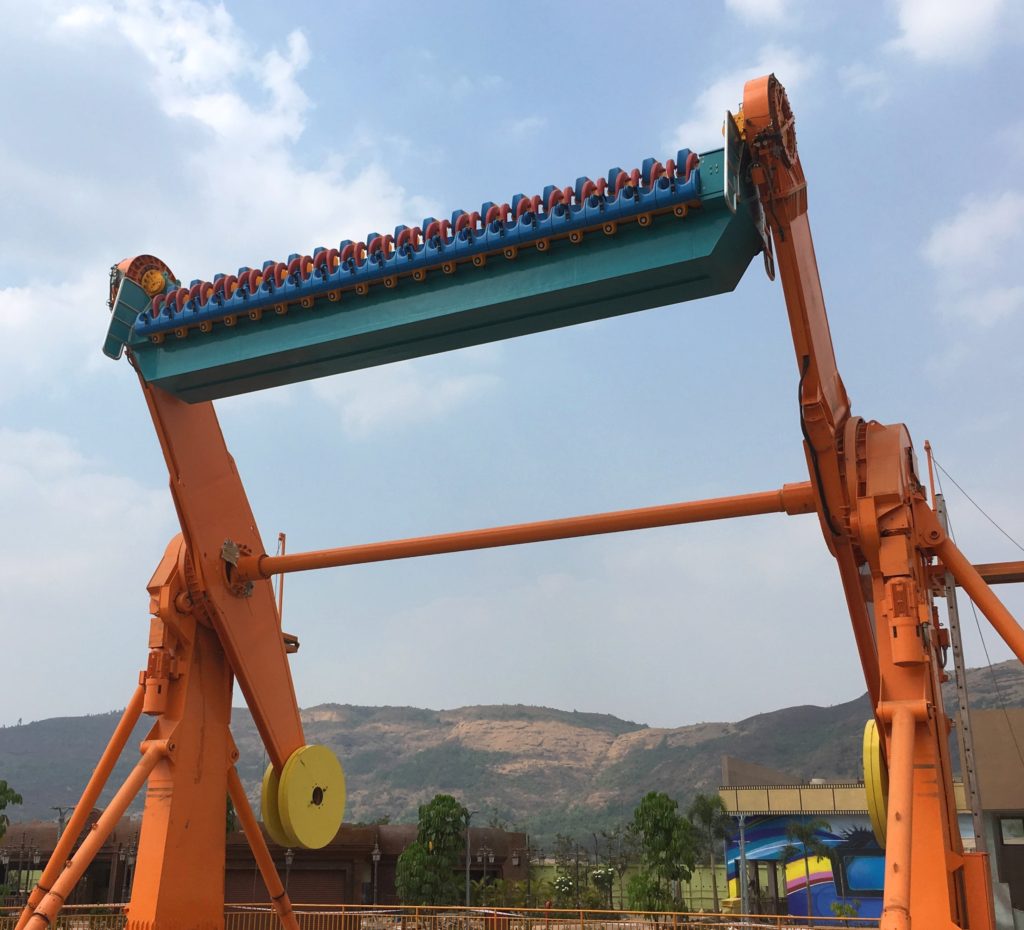 A Huss Top Spin Suspended and a Giant Frisbee 40 have been installed at a brand new park in India.

Officially opened to the public on April 11th, Magic Mountain Park in Lonavala, Maharashtra, a state in the western peninsular region of India, is owned and operated by the Malpani Group, a diversified business organization active in a variety of business sectors including amusement and theme parks, waterparks, hotels and more.

The new park at Lonavala is India’s largest amusement park, covering an area of 30 acres, and is the first such venue to bring a wide selection of the most popular and successful internationally recognized rides and attractions to India. With an anticipated annual attendance of one million visitors, the park is aimed at the 15 to 45 year old age group and has been designed to provide a 360° view of the surrounding Sahyadri mountain range.

Magic Mountain Park is also home to some of the country’s largest and tallest thrill rides, two of which are the attractions supplied by Huss. The Top Spin Suspended is from the company’s Classic range and is one of the most successful attractions ever built by Huss, continuing to define the standard of its class in terms of technology, quality and reliability. 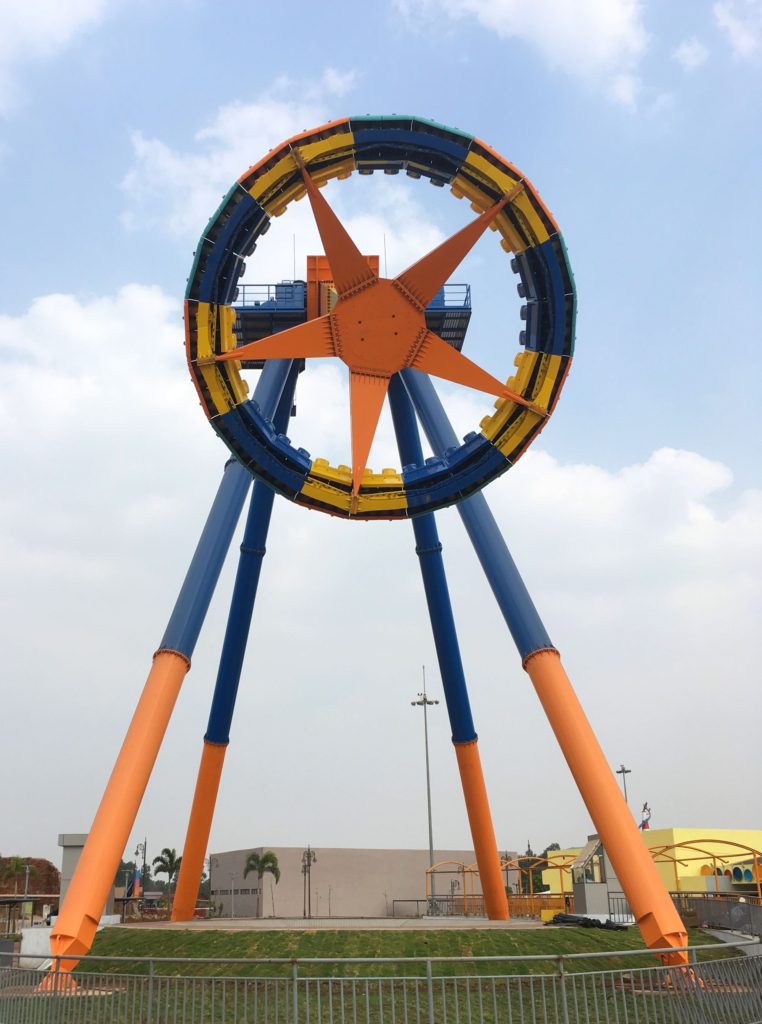 The Top Spin Suspended has 38 seats in a back-to-back format – two rows of 19 seats – each row looking in the opposite direction to the other. The state of the art suspended seat configuration also offers the added thrill of a floorless gondola, allowing riders’ legs to dangle freely below them as the attraction goes through its various ride patterns. These include pendulum movements of the gondola, circular rotations of the gondola in any position and sudden turns after releasing the drum brake, in addition to multiple spins of the gondola around its suspension axis. A water fountain featured below the gondola adds further to the fun and excitement provided on this installation, while the extreme thrill ride experience of the Top Spin can be further enhanced by the addition of numerous different themes and fire special effects.

The Giant Frisbee 40 is from the Huss Giant range of rides and as the name implies caters for up to 40 riders at one time. It features a maximum passenger flying height of an impressive 43m and thus creates a clear landmark for any park for miles around.

The ride features a central hub resting on four tubular legs, which carry a pendulum of 25m in length that swings 120° to each side and reaches a maximum speed of up to 110km/h. At the lower end of the pendulum is the gondola, which accommodates passengers around its circumference in suspended seats, facing outwards. Additionally, riders experience +4.5g as they swing from side to side, figures more usually associated with major roller coasters, along with the thrills of rapid acceleration, high speed and airtime.

The Huss attractions provide Magic Mountain Park with two key, high capacity rides that are certain to be popular with the venue’s target market while also being important additions from an operational point of view.

Commenting on their installation, Huss CEO Mirko J. Schulze said: “We are delighted to have provided two major attractions to such a significant new park in India and we are confident they will be hugely popular with guests. The well-known longevity of HUSS® attractions will also be important for the operator and they will entertain visitors for many years to come. Our Indian office led by Ms. Vibhisha Jain played a key role in securing this contract and in the project process itself and we look forward to doing more business in this part of the world in the future.”