House of the Dead returns for Sega

But will it make it into arcades outside of Japan?

There’s no word on whether it will be available over here, but more than ten years since the last in the series, Sega is launching a new version of House of the Dead in Japanese arcades. 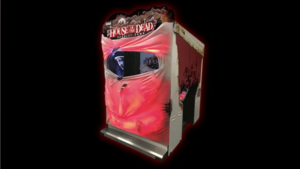 House of the Dead was first launched in arcades in 1997. Since then, the series has expanded to home consoles, smartphones, movies, and more.

House of the Dead: Scarlet Dawn was recently announced by Sega Japan via its official website with an assortment of screenshots and information.

The zombie battling game will feature all-new characters and a host of new enemies including giant worms, robots and more.

The game is set to debut in Tokyo arcades later this year.

House of the Dead: Scarlet DawnSega of Japan
732
Share FacebookLinkedinTwitterGoogle+WhatsAppPinterestEmailTumblr

Parks and attractions perform for Disney