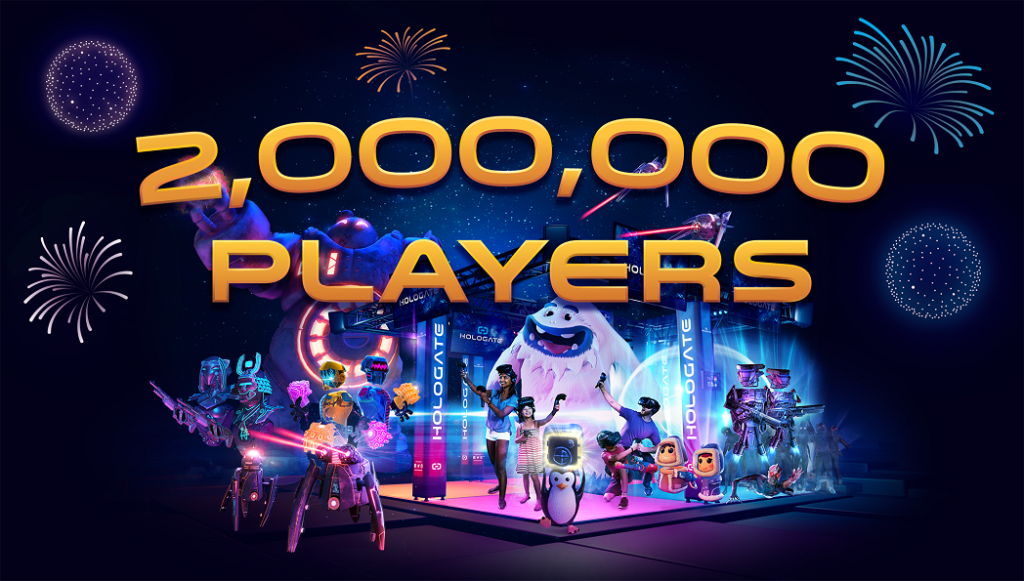 Hologate reported a steady increase of roughly 200k players each month with no signs of slowing, just shy of the company’s two-year anniversary. A highly impressive feat in a virtual reality market that has performed significantly below expert analyst projections made over the past 5 years.

As one of the flagship locations for Hologate, the world’s first micro-amusement park, Two Bit Circus, purchased not one, but two Hologate’s since their launch in September 2018. “HOLOGATE is one of our top VR attractions,” commented Brent Bushnell, CEO of Two Bit Circus. “It’s reliable, operator friendly, always busy, and people love the experience. It’s worked so well for us we got a second one!”

Hologate now has more than 250 active locations throughout Europe, the Middle East, the Asia-Pacific region, and North and South America bringing their excusive content reach into 21 countries in over five continents.

“This will be a big year for the platform. There are many new games being released, including some partnerships with major brands in the movie and gaming industry,” said Leif Petersen, CEO of Hologate.

Hologate’s most anticipated game of the year is based on the upcoming ‘Angry Birds’ theatrical release. Hologate partnered with Sony Pictures VR and Rovio Entertainment Corp. to release the ‘Angry Birds’ VR game alongside “The Angry Birds Movie 2” this summer.