As an early exponent of soft play and and indoor play centres, Rupert Oliver boasts one of the market’s more remarkable and yet, little known, track records. But his latest innovation proves that he is just as much about his future as his past. Ronnie Dungan found out more….

He probably wouldn’t thank you for call him the Grandfather or even the Godfather of family entertainment centres, but there’s a strong case for saying that neither of those two monikers would be out of place if applied to Rupert Oliver.

There’s no question that he is a very early pioneer of soft-play in the UK, and can even point to an appearance on Tomorrow’s World (Google it, kids) to back up his claim to fame, but his ‘Ideas Factory is still researching new innovations today, with his SkyRider product  – an indoor/outdoor zip line course with bends and dips – currently finding some traction both here and in the US.

It’s a long way from his beginnings nearly 50 years ago, but it is rooted in the sort of practical approach which brought him to the market in the first place.

“After 10 years of travelling the world, in the late 1960s I needed to settle down to a more regular job,” he explains, “so I became a designer of furniture and other ideas, using foam, PVC and acrylics because they were the ‘new’ materials of that time.  I wanted to compete with the influx of Scandinavian designed furniture.  My ‘Leaf Chair’, a single point of suspension chaise longue, is still being sold worldwide in the special needs market, and rather excitingly is about to be relaunched into the interior design sector where it started.

“In the early 1970s  BBC TV’s Tomorrows World made three programmes about my work, including the first springy rocker (now in playgrounds everywhere) and the Totally Soft Play environment.  I had invented what we now all call Soft Play as a means of sensory, interactive play in a soft and safe environment for children with impaired sight and other special needs, and the BBC programmes raised awareness of it.”

Oliver can also lay claim to opening not just the UK but Europe’s first indoor play centre back in the 1980s.

“After working mainly in provision of soft play areas for people with special needs for 10 years, I met Lesley Knight who was working as a physio at the time, using one of my soft play areas and teaching other physios how to use theirs for the maximum benefit.  We started a company together and very quickly decided to take the soft play concept into leisure, something never done before.

“The first Child Challenger play structures were built in the mid-1980s at venues like Mr B’s arcades, Thorpe Park, and other coastal attractions.  Quickly it grew and our first export project was to a shopping centre in Austria.  We were building around one play centre every two weeks in the UK by the end of the 1980s, either privately owned or corporate, as well as around five per annum worldwide.”

In 1990 Oliver built the firm’s first pub restaurant project, and was pretty soon working with a number of different pub groups, each with different demands for what they wanted in their outlets.

“It was a challenging but fun time.,” says Oliver. “Our Play Co business grew to have up to 60 employees and a large manufacturing unit with around £4.5m turnover.  At the same time as the corporate clients were coming on board, our international business grew, and in addition we were at the advent of the huge growth in privately owned and operated indoor adventure play centres.  In the mid-1990s we sold that business to a USA/Canadian partnership; Lesley stayed with them for a number of years, while I went off to develop new ideas.”

In September 2009 Oliver again teamed up with Lesley Knight and took a back to basics approach with the opening of Rupert Oliver’s Ideas Factory, which gave them the freedom to work with new clients and fresh ideas.

Since then they have installed and designed projects of varying shapes and sizes in the UK and abroad.

“We have designed and installed some huge play projects and some very small projects, some of which have been with ELI Play manufacturing for us, and others we have built ourselves with partners we have known for many years,” explains Oliver.

The growing market for farm attractions has played a big part in his current success.

“We love working with members of the National Farm Attractions Network to supply products and play areas, as many of them have become friends over the years.”

Oliver’s SkyRider product has been a bit of a slow burner, but he feels its capabilities as both and indoor and outdoor attraction, growth in entertainment centre market and its comparatively low set-up and staffing costs mean its time has come. 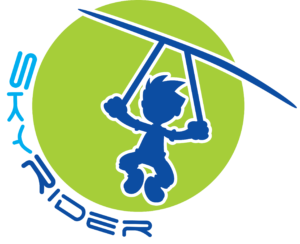 “We first developed SkyRider 22 years ago, and there are still two of the original ‘capsule’ ride versions operating in play centres in the UK.  We could describe it as a self-propelled roller coaster.  It is gravity fed, no motorisation, and is one of the most thrilling feelings – flying through the air on a track, with dips and bends – fantastic.

“It’s not as big an investment as you might think – it is less than a high ropes course, and needs fewer staff.  Some people have infrastructure already in place, like a play structure, or an existing climbing tower that we can use, which brings down costs even further.

“We built our first free flying (in a harness instead of an enclosed capsule) version three years ago in a play centre to get the necessary HSE approvals for it, and our first outdoor tower-based SkyRider at Rand Farm near Lincoln in 2015.  The operator there made almost all of the capital expenditure back in the first four months of opening SkyRider, and the visitor numbers increased by 49 per cent consistently.”

International expansion of the SkyRiders brand is already happening, with interest secured from the rapidly growing US market.

“We have just started installation of a series of SkyRiders into trampoline centres in the USA, working with a rapidly expanding franchisor – really exciting.  The track will run from the top of the play area, around the high ropes course, over the trampolines and back.  We will also soon be building a SkyRider through the trees in a location in the UK, and we have some large projects in design for places all over the world. That gives us lots of options for all sorts of locations.” 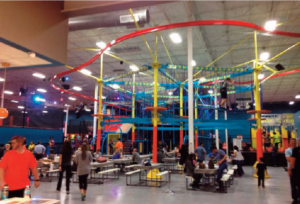 Despite all his years in the business, Oliver believes the market for indoor play is still much the same, albeit with a much greater opportunity for someone with his ideas and experience to prosper. His overnight success has taken some 50 years, essentially.

“We and some of the companies who started up and became our competition have become much better at what we do,” he says.  “Operators are becoming more professional too, and the experiences they are offering have grown. Our business has changed in that we are enjoying it much more because we have the freedom to think and come up with something different.”

And although he may have had to wait some considerable time for some of his ideas to find the right kind of market conditions to flourish his enthusiasm is undiminished.

“I may be older in body, but I am still a child inside,” he says.

You get the sense that he might just be getting started.