By RDungan On Aug 7, 2017 900
Players within the theme park and amusement industry sectors should constantly innovate to attract the inbound tourists and also “factor in the residents to grow the industry”, according to Abdul Rahman Falaknaz, chairman of International Expo Consults, organiser of the DEAL show.
Around 17.8 million tourists arrived in the UAE last year, up from 15.4 million people in 2014, at a growth rate of 7.5 per cent per annum. Furthermore, Abu Dhabi also emerged as the second most popular city in the world.
“The industry in the region has matured into a comprehensive entertainment model for enthusiasts of every demographic. Aligning with the government’s plans to make the region the preferred destination for Leisure and Entertainment destination, the market has evolved to adapt to the climatic cycle of the region. Family Entertainment Centres (FEC) and indoor parks are instrumental in keeping the doors open year round,” added Falaknaz (below).
A report suggests that spending at theme parks based in the Emirates will increase to $637 million by 2020 and amusement park revenue growth is set to increase by 78 per cent to $837m by 2019. 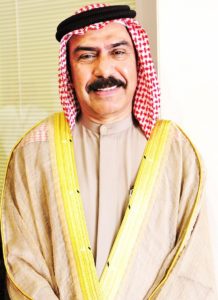 “GCC region, in particular, is seeing a lot of interest with regards to theme-park and amusement industries and international and regional stakeholders are looking at the region to expand. Approximately 63% of the floor space for the upcoming Dubai Entertainment, Amusement, and Leisure (DEAL) 2018 show has already been sold out. With roughly 8 months before the start of the show, the exhibitors have already lined up for participation owing to Dubai’s immense popularity as an entertainment and leisure destination,” added Sharif Rahman, CEO of IEC.
DEAL 2018 will be held from 9th to 11th April 2018 at the Dubai World Trade Centre (DWTC).
“DEAL 2018 will consist of exhibitors from around the world including countries from Northern America, Europe, Middle East and Asia. Prominent exhibitors at DEAL 2018 would include Innovative Concepts in Entertainment Inc. and Intercard Inc. from USA; Eurogames SRL, Fabbri Group from Italy; Whitehouse Leisure International Ltd, United Distributing Company Ltd from UK. All exhibitors would be displaying their innovative and state of the art products over the period of three days,” concluded Sharif.
DEAL 2018featured
900
Share FacebookLinkedinTwitterGoogle+WhatsAppPinterestEmailTumblr