Could it be magic?

Ambitious start-up Timbalaya, has plans for 16 openings over the next five years

Start-up IP franchise, Timbalaya, is looking to brings its back-storied brand of woodland shenanigans to a number of attractions by 2020 and has ambitious plans for around 16 openings over the next five years or so. Ye olde apothecary of ye words, Ronnie Dungan found out more…

Before we start; a warning. What follows will include a lot of talk, by actual educated adults, about pixies, magic and the like. Oh and they are one of those firms for whom ordinary job titles weren’t quite good enough so…yeah, there’s a lot of that High Priestess of ye olde sales and marketing stuff going on too.

Anyway. Timbalaya is a new start-up which aims to franchise its original IP as a ready made outdoor park concept. They probably won’t thank us for saying it, but it’s not too dissimilar to Bewilderwood, which we featured in a recent issue, in that it’s all about woodland creatures and the like and it has a background story behind it too. But it is, it should be pointed out, a unique brand in its own right.

Rosalind Johnson, who is (you were warned about this)… ahem, guardian of wishes, at the firm, says: “People ask us why we created an original IP. Why we didn’t buy the rights of something off the shelf. Arguably that would be the easy route but it was never something we seriously considered. At our heart, we’re a creative bunch and the allure of a blank sheet of paper and the promise of a magical land yet to be created was too much to resist.

We went about this by commissioning the story first, to give us the magical world that Timbalaya now is and to ground the IP with authenticity and depth. We then started to play within the story to draw out ways of engaging children and their families

“The four of us – Nick Farmer, Sylvia Matiko, Simon Egan and Rosalind Johnson –   have a great deal in common, not least a love of creating and operating wondrous attractions and companies. I think all of us in our own way have sprinkled a little pixie dust across people’s lives and Timbalaya is made from pixie dust! We’re also great friends and have been for more years than I can remember.”

But which came first, the story or the park? Did it start with the story or was that always intended to form the basis of the park’s branding?

“The idea of creating a new visitor attraction was just the beginning,” says the G.O.W. “This swiftly became a much stronger ambition to create a new entertainment IP for children to love and enjoy for decades to come. So we went about this by commissioning the story first, to give us the magical world that Timbalaya now is and to ground the IP with authenticity and depth. We then started to play within the story to draw out ways of engaging children and their families. Everything comes from the stories and content that we are continuously creating to refresh the brand.

Essentially Timbalaya is a franchising business as far as parks go, but that’s not quite grandiose enough for the chief wizard or something and so…

“We are an entertainment IP that in time will be about publishing, touring, games and toys, digital content, film and much more but for now we’re concentrating on creating a midsize attraction available to operators on a franchise basis. We’ll also be operating ourselves.

“On the franchising attraction side I’d say we’ve given as much attention to the franchise model as we have to the creative side of the IP and I think this will be both important and encouraging for operators. Sylvia Matiko, Guardian of the Locket, was VP of Franchise Operations with Ripley Entertainment and so brings an incredible amount of Franchise knowledge to Timbalaya. As a result, operators can expect a modern and imaginative approach to the support we offer. 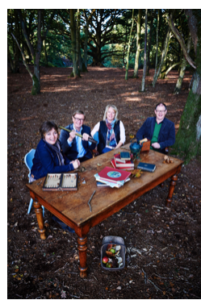 “But to answer the question better, we’re a creative engine room that’s created the magical world of Timbalaya and continues to create content and ways for children to play with our characters and our stories.”

Of course. There are no franchises yet up and running, but the firm hopes to have its first in place by 2020 and is targeting a total of 16 over the next five to seven years. Talking to existing parks and attractions is one way in which is hoping to create those first openings.

“When we took this to market we were unsure what would come back but we had assumed attraction operators who were looking to expand their portfolio and needed a midsize attraction with a fast ROI. It is true we’re attracting those people but we’re seeing a much wider group. On the non profit side we have serious interest from those with outside space and who are interested in connecting children to nature. They see us as being both on mission and contributing to the commercial side of their income strategy.

“On the for profit side we’re seeing interest from the very large operators in the world and also those with two or three attractions. We’re also in talks with property companies, those with a strong hospitality side to their business and those from the water park world looking to augment their offer.”

As with any IP though, the most difficult part may be keeping those parks and attractions in line with the desired values of the brand.

“We’re pretty well set up in this area. Sylvia Matiko’s understanding of how to set up a franchise system has been invaluable. We’ve taken our time to consider how best to protect the brand while giving franchisees the freedom they need in their own markets.”

Right now, the firm is still at the stage of talking to new locations and helping them get to the point where they are ready to open. Not a quick process, even if there is existing infrastructure in place.

“It takes a long time. We’ve been in negotiation with some of our locations for well over a year. But that’s more to do with the totality of the deal rather than the franchise. We are being asked to design and build attractions in many cases and in some they would prefer that we operate for them.”

And once installation is complete, Timbalaya will still support the venue to ensure those much-loved ‘brand values’ are adhered to and to maximise the appeal of the project. 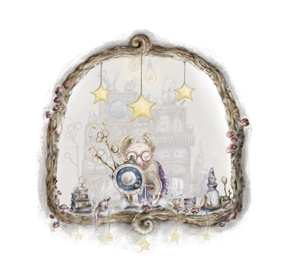 “From a franchise perspective we will still be heavily involved to support the franchisee in the early stages of the attraction. We see that as being really important from years of experience both as being a franchisee and a franchisor in our working lives.

“Our role as franchisor is, in part, to come up with a continuous stream of new content and attraction ideas for the franchisee. We track how well the brand is doing in their market and what is most appealing through a programme of insight. We then develop content and refresh designs in line with how the brand is perceived, how it resonates in different markets.”

Ah, so it’s not all done with magic and pixie dust then? Some good fashioned customer based marketing perhaps and the mighty sword of social media will no doubt play their part in attracting the kidlings to ye attractions park.

It’s a great idea, but it sounds Grimm.