New York’s famous Coney Island attractions area could be set for a revamp next summer if a new set of redevelopment plans gain approval.

The land mass is divided into five parcels of unused land, which sit adjacent to Wonder Wheel, Luna Park, and MCU Park. The city is seeking proposals that will align with Coney Island’s history as an affordable, family-friendly destination. Expansion of the area began in 2009, with the creation of the Luna Park theme park that now sits on the site of what was once Astroland.

According to the Development Corporation, the city is looking for proposals that “could include amusements and entertainment uses such as rides, attractions, concerts and other performances.”

“The new attractions coming to Coney Island will bring significant economic opportunities to this neighbourhood, and give visitors yet another reason to visit New York’s most iconic beach and boardwalk,” said NYC Parks Commissioner, Mitchell J. Silver. 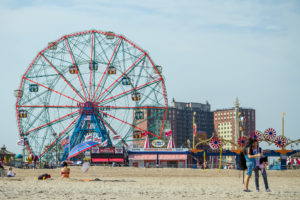