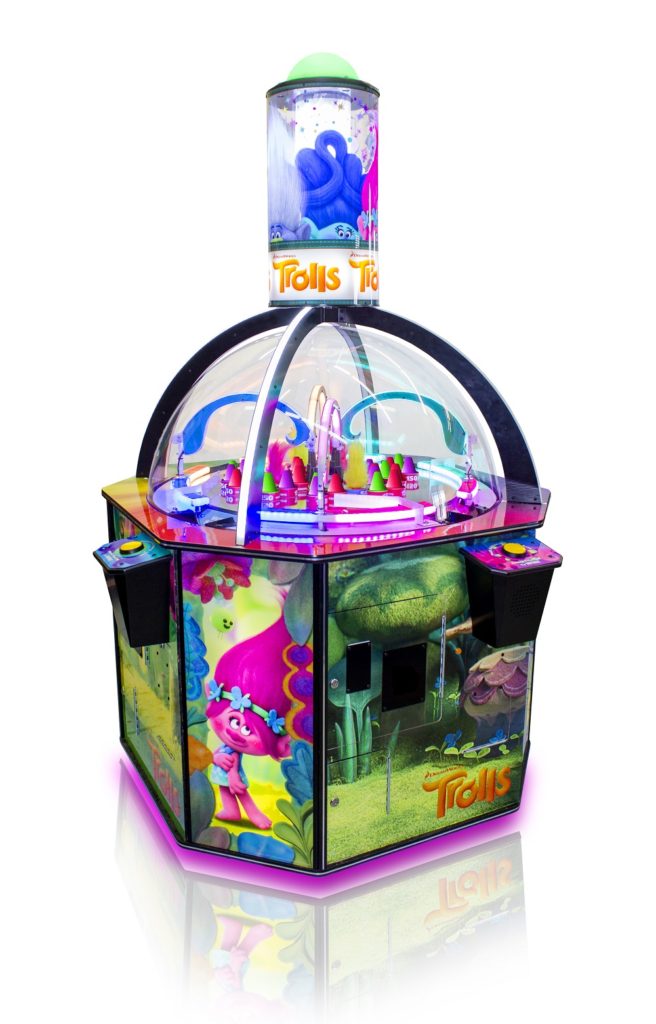 Bay Tek have announced that its Tower of Tickets redemption game is now available as an officially licensed DreamWorks Trolls edition.

The four-player rotary redemption game sees players challenge themselves to time the release of the moving arm just right to knock the targets off the rotating playfield and onto the RFID scoring platform. The targets are read and returned to the playfield for 100% contained play, and the targets with tufts of DreamWorks Trolls hair on them are now worth big points.

The DreamWorks Trolls version comes with additional features besides the popular licensed artwork. The marquee is developed to be powered via a ceiling power drop, as well as from the standard floor outlet below, for added flexibility.

The RFID targets are new too. Instead of glued ticket stacks, they’re injection-moulded discs with bright decals to add even more flare.

Tower of Tickets is manufactured in partnership with Elaut Group.