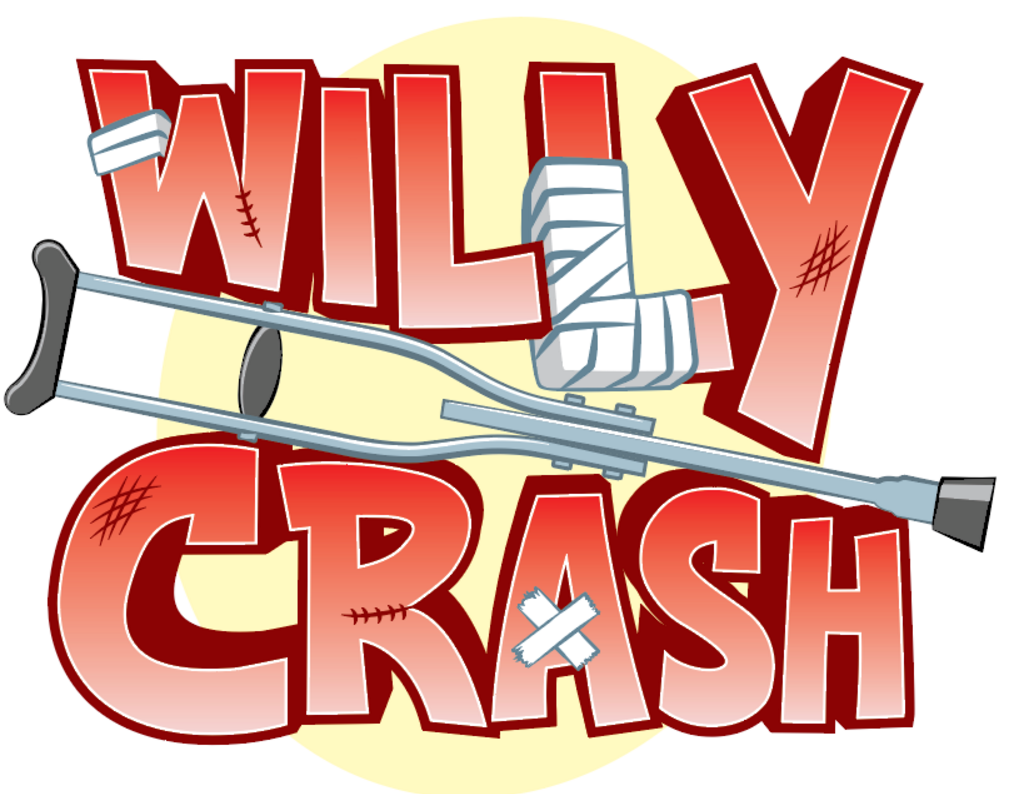 The latest title from Bay Tek, Willy Crash, has just been released as an online app as well as an arcade redemption game.

On the arcade version, players detonate the TNT plunger to launch Willy Crash into a 3D cityscape, aiming for the tops of buildings to score big and watch Willy boogie down in a lively bonus celebration! If they miss, he will hilariously crash into a number of interactive obstacles. 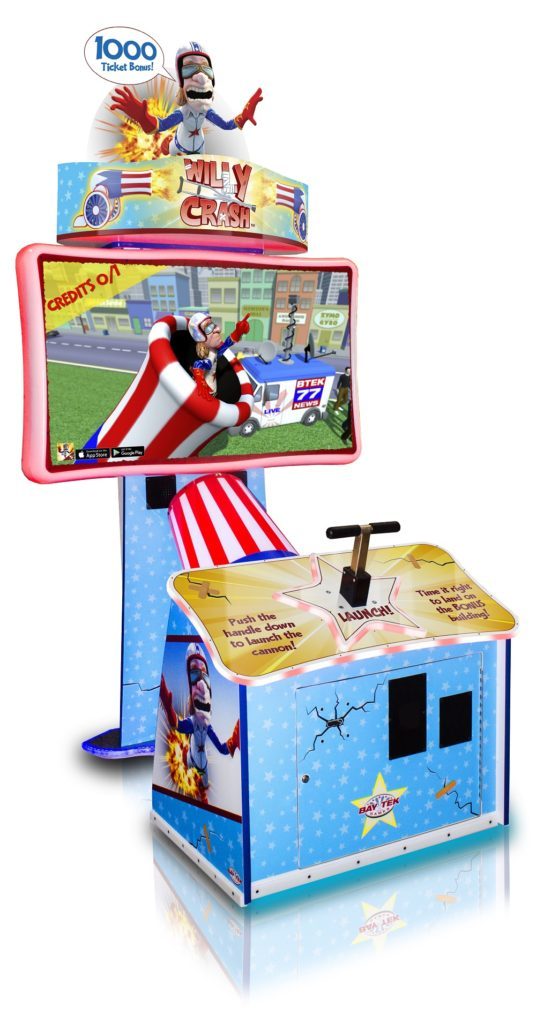 “Losing actually might be as much fun as winning,” said Rick Rochetti, Director of Sales at Bay Tek Games.

The Willy Crash cabinet incorporates a novelty light up cannon that is synchronized to game play, and a plunger that simulates a TNT box. The cabinet also boasts a smaller footprint, addressable motion LEDs, and sound effects. Eagle-eyed players will also be able to spot spoofs of classic Bay Tek titles on the 55” HD display.

Players earn coins instead of tickets in the app version, which can be used to purchase unique outfits for Willy that increase stamina and keep him safer for longer.

“Because of the digital functionality of apps, we were able to orchestrate more of a story around Willy and his dream of being a stuntman, pulling players in as they learn more about him and how he got to this place of being launched out of a cannon. We were also able to add a level of personalization as users can mix and match outfits and accessories; creating their own look to share with friends and on social media.”

The free Willy Crash app is available to download on Google Play and the Apple App Store.

Vortex Gaming thank Bandai and Embed one year on