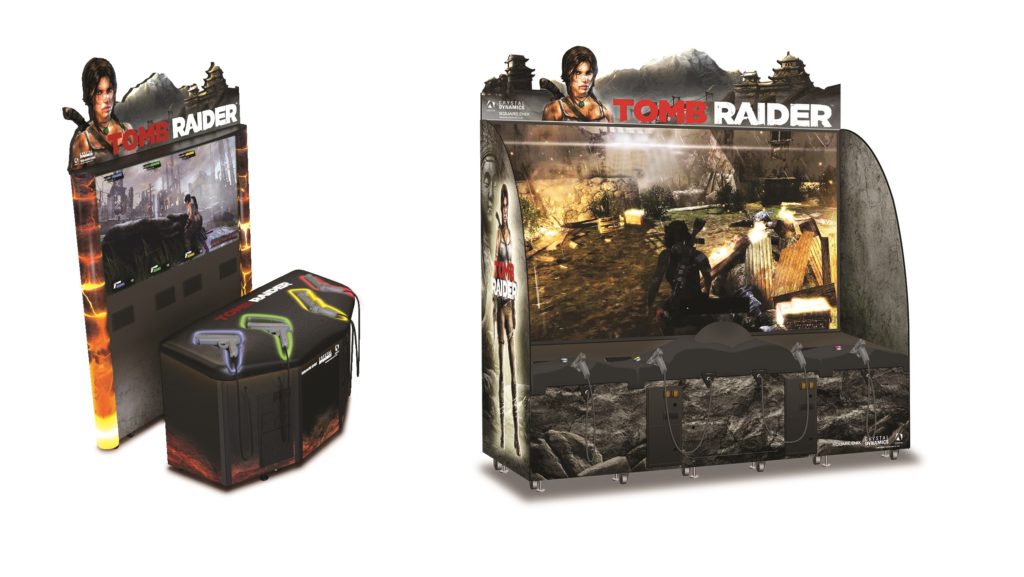 Bandai Namco Amusement Europe has announced that its winning line-up of licenced titles, Tomb Raider and Rabbids, will soon be available in 65” LCD versions.

The latest release of Tomb Raider, developed by Adrenaline Amusements, sees Lara Croft make her return on a giant 120” arcade amusement machine. Tomb Raider is an intense 4-player shooting game where players can test their skills through three chapters with five sections. Players team up with friends to battle against increasingly difficult waves of enemies and push their limits to the very edge. 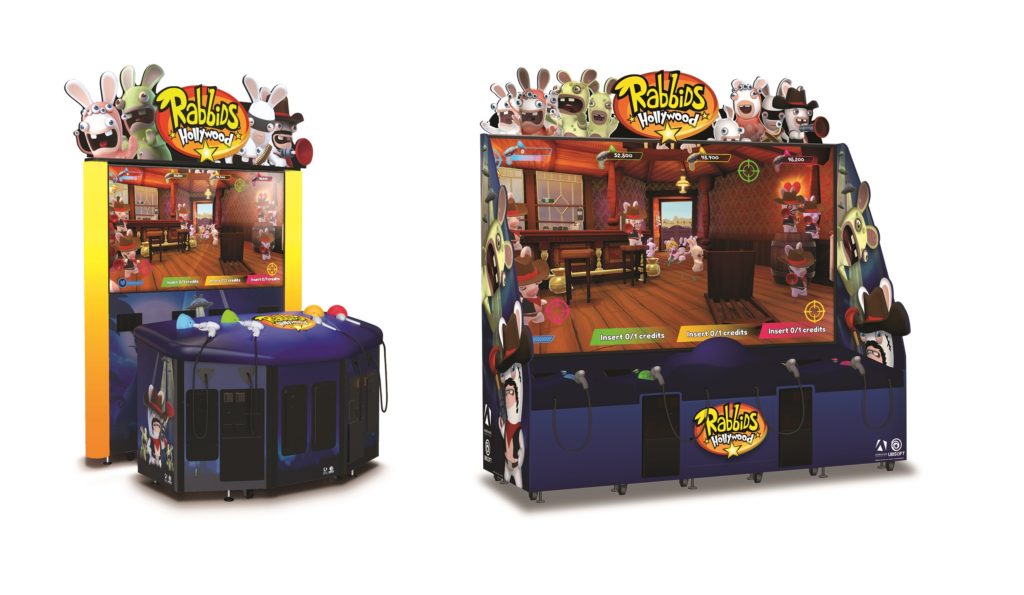 Rabbids – or Raving Rabbids, known in France as Lapins crétins (Idiot Rabbits), originally appeared in the Rayman series of video games before spinning off in all directions, appearing in many more game titles outside of the Rayman franchise, on TV on Nickelodeon, and in their own action animated movie which is currently in production.

Rabbids Hollywood was created in partnership with Ubisoft, and sees up to four players attempt to stop the Rabbids invasion of Hollywood by blasting the critters in three different movie sets.

“This year, in particular, we feel we have secured some of the most influential brands to be found anywhere in the sector. Having spent the last few days talking to our customers and distribution partners at EAS, it’s clear that the rest of the industry agrees.”

EAG 2019 to celebrate 10 years of innovation