Bandai Namco has its eye on the prize at EAS 2018 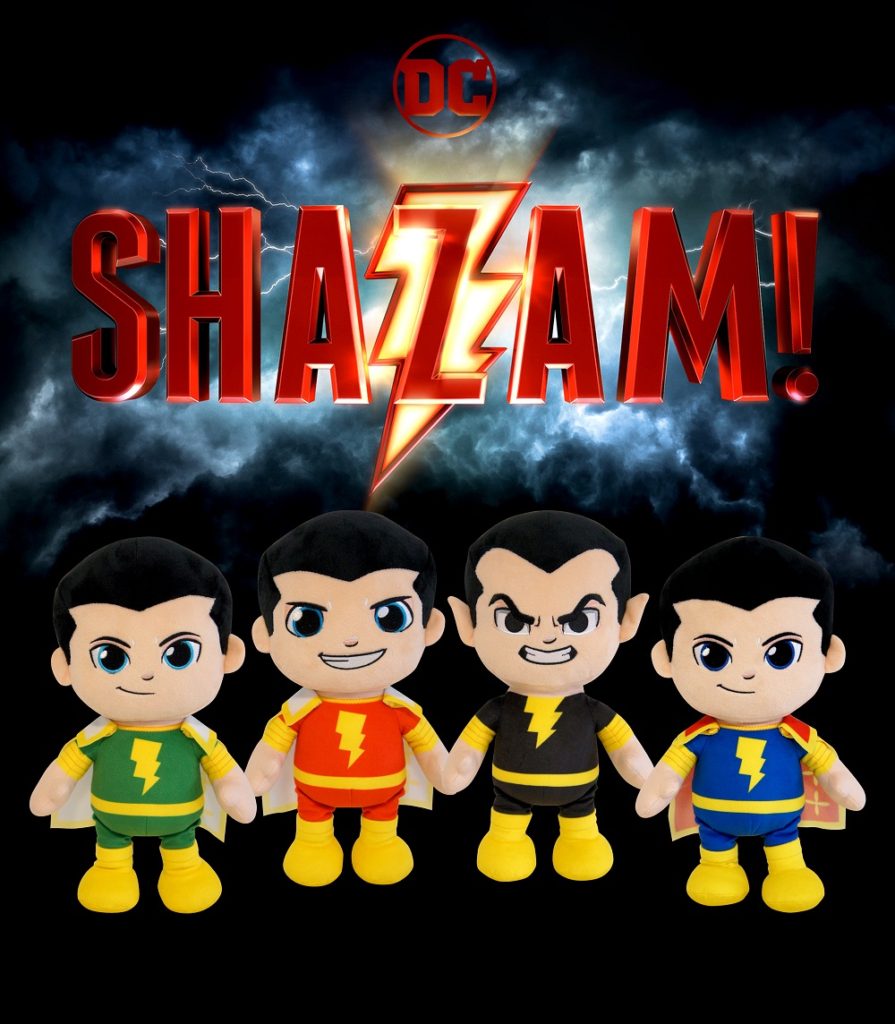 A new line of Bandai Namco licensed plushies and gifts are due to be unveiled at the 2018 European Attractions Show.

Bandai Namco will present its new range of Shazam plush. Due for release in April 2019, Shazam is a new DC Comics film featuring Dwayne Johnson (the Rock) Zachary Levi, Mark Strong and Grace Fulton. The movie – about a foster kid who becomes a superhero – is already highly anticipated with trailers attracting massive views online.

In addition, Bandai will show a new range of ‘cube’ DC plushes that stack for cranes and create a striking display. The range is also available in a smaller size for pushers and redemption.

Bandai have also expanded the Scooby Doo and Pac-Man ranges of plushes this year, with more characters, toys, and gifts.

Other licences acquired by Bandai include Minecraft, the hit online construction game which is also the subject of a new movie to be released around May 2019.

There will also be a new Shaun the Sheep movie, Farmageddon, released next year – the first sequel that Aardman has ever produced. In honour of this, Bandai has developed a new Shaun range, which is expected to be just as successful as previous ranges exclusively developed.

Bandai will also showcase its latest range of My Little Pony plushes to cater for continuing demand.

Finally, Bandai’s Darrell Simmonds advises customers to visit the stand #2-110 in order to see a new ‘mystery’ range of plush and gift to be unveiled at the show. “It’s a full range of plush and gift for a new licence we have, not to give too much away but when you see the machine with the same licence and the potential of the brand you will be impressed!” he promises.