By RDungan On Mar 31, 2017 885
A new £500,000 adventure playground extension is set to open at Sea Life’s site in Weymouth.
Weymouth Sea Life Adventure Park is set to unveil Caribbean Cove to the public this weekend, Saturday 1st April 1, featuring large scale play structures, a sandpit and zoned areas to suit a mix of ages.
The Caribbean Cove project has been made possible through the largest investment into the park by Merlin Entertainments Group for eight years, following feedback from the public on what could be added for families, schools and community groups to enjoy during their visit.
Craig Dunkerley, head of Midway Attractions UK and Eire, said: “I am thrilled to see the Weymouth Sea Life Adventure Park launch a brand new guest experience with Caribbean Cove.
“The Adventure Playground will widen the breadth of offering even further at Weymouth Sea Life Adventure Park giving families a complete day out. The result is a spectacular attraction in which visitors feel immersed in the marine environment… rather than mere spectators.”
It will feature three new climbing towers, five slides, canyon bridge, shark tunnel, octopus tunnel, and the Caribbean Cove galleon play structure. This is in addition to the park’s existing offering of 1,000 creatures including penguins, turtles, seals, otters, jellyfish, seahorses, rays and octopi. 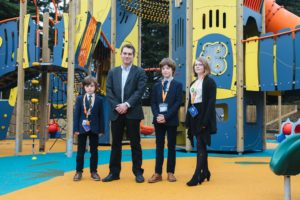 In the lead up to the opening of the play area, the Weymouth Sea Life Adventure Park launched a competition to find a child to become their official ‘Playground Manager’, which attracted more than 330 entries. The winner was Jake Warren, aged 9, who as the ‘Captain of the Cove’ received an exclusive park preview and will be welcomed back throughout the year to help provide management decisions, ideas and feedback for upcoming events at Caribbean Cove.
Caribbean CovefeaturedMerlin EntertainmentMidway EntertainmentsSea Life Weymouth
885
Share FacebookLinkedinTwitterGoogle+WhatsAppPinterestEmailTumblr